It looks like the rapper did in fact take back his ex, Saweetie's, 2020 Bentley Continental, despite what Quavo sources had insisted, because that exact same car -- complete with "icy" headrests -- is up for sale on the luxury and exotic car dealership Jakes Motorcars.

You'll recall the Migos rapper once gifted Saweetie the Bentley, but after their very public breakup .... there were rumors he took it back as payback. At the time, our Quavo sources insisted the whip was a lease and that he struck a deal with the dealership that allowed him to end the contract early, which Quavo allegedly did when the relationship went kaput.

We reached out to Quavo's team to tell them we found the listing, and they refused to comment.

As we reported ... Quavo and Saweetie broke up back in March after she strongly suggested he was unfaithful. There was also that elevator altercation, but Saweetie says that's not why they split. 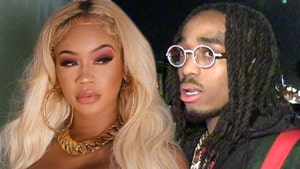 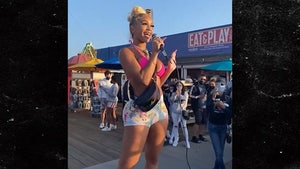