Travis Scott's releasing another collab outside of the music biz ... but this one includes a tribute to his friend and fallen hip-hop star, Pop Smoke.

The rapper's Cactus Jack brand has entered a partnership with the popular French fashion house, Dior -- which is also the name of a popular Smoke track -- and Travis revealed the first item in the collection is all about Pop. 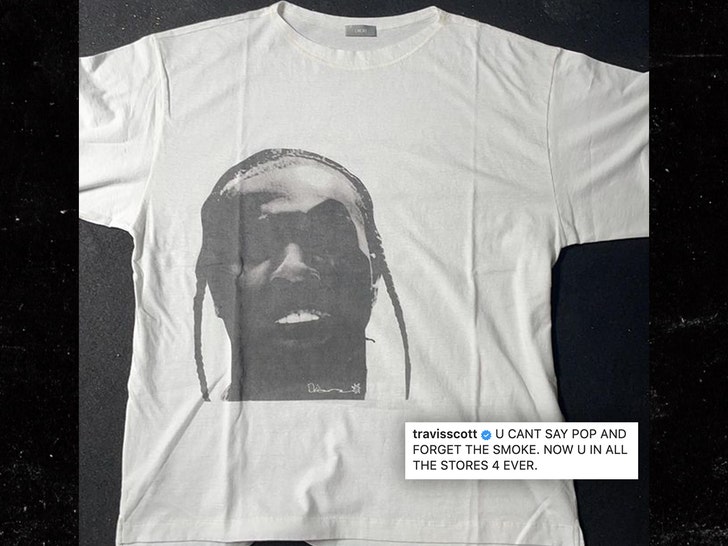 It's a t-shirt with the late rapper's face emblazoned a little off-center on the front ... with lyrics from his song on the back. Travis wrote, "U CANT SAY POP AND FORGET THE SMOKE. NOW U IN ALL THE STORES 4 EVER."

Rumors began circulating that Scott and Dior were teaming up on something after he was seen wearing a brown, heavy-duty work jacket with a large Dior logo fused with his Cactus Jack logo, and sure enough ... the rumors are true.

Dior announced a joint Spring-Summer 2022 collection will be revealed in full on Friday at one of Paris Fashion Week's few in-person runway shows.

As you know ... Pop Smoke was shot and killed by 4 masked gunmen back in February 2020 in what appeared to be a home invasion robbery at a rental pad in the Hollywood Hills.

Four people were arrested in July 2020 for the murder -- 3 were minors at the time of the shooting -- but none have stood trial yet. 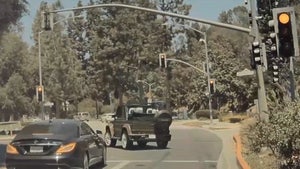