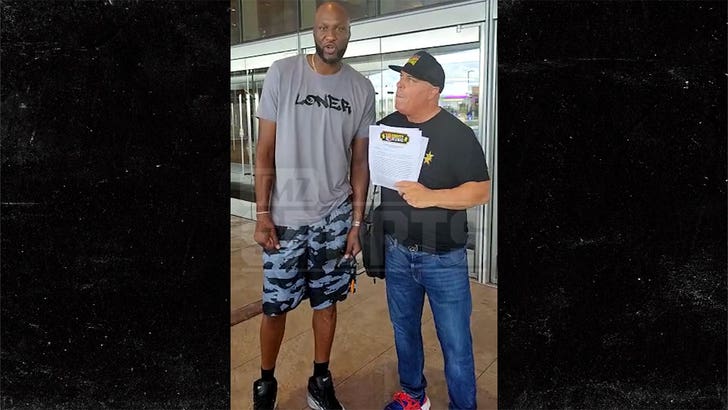 Turns out Lamar Odom ain't a one-and-done fighter ... 'cause the ex-NBA star is stepping back in the squared circle.

Celebrity Boxing founder Damon Feldman tells TMZ Sports the 41-year-old ex-Laker signed a new contract on Friday ... and will be fighting on October 10.

Of course, 6'10" Odom beat the brakes off Aaron Carter last month ... stopping the childhood pop sensation in the 2nd round.

Feldman tells us they're still looking for Lamar's opponent ... and are hoping a big celeb will step up and accept the challenge.

Odom previously told us boxing has been therapeutic for him ... helping him get back in tip-top shape following his near-death experience at The Bunny Ranch in Nevada.

LO isn't the only star fighting on the 10th... we're told former boxing stars Riddick Bowe (no opponent yet) and Paulie Malignaggi (he's fighting social media star Corey B) are also on the card.

Bowe was a huge deal back in the day ... earning the undisputed heavyweight title in 1992.

As for former 2 weight class world champ, Malignaggi ... he and Corey B got into an altercation at the Odom-Carter fight -- so there's already bad blood.