Frank Varey -- a boxing prodigy who had won multiple national titles -- died on Thursday at just 16 years old ... and the news devastated Tyson Fury, who called the fighter a "future world champ."

Varey was out swimming with friends in the River Dee in the UK on Thursday when he went missing ... and law enforcement says after hours of searching, they found his body in the water.

The tragedy absolutely rocked the boxing world ... with Fury writing on his social media page, "RIP Frank. Was a future world champ."

Fury added, "may God be with your family."

While just a teenager, Varey had wildly impressed in his matches ... and in 2019, he fought for England in the European Junior Championships.

"England Boxing has been devastated to hear the news of Frank’s death, with our coaches, in particular, having got to know him very well during his boxing development," England Boxing CEO Gethin Jenkins said.

"He was a very talented boxer, multiple National Champion and a member of our England set-up and Talent Pathway, proudly representing his country in the 2019 Euros. Although young, he had clearly demonstrated much promise."

Jenkins continued, "He was also a very popular character with his fellow boxers and those who coached him, bringing a sense of fun to everything he did. He will leave a huge gap in people’s lives." 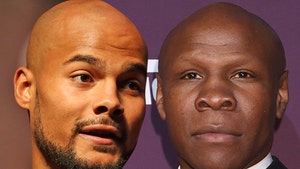 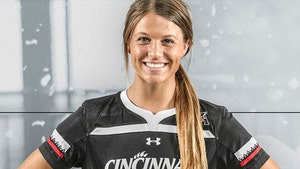