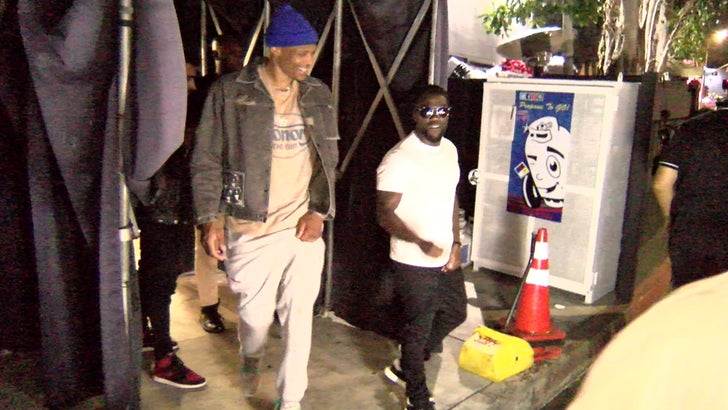 Russell Westbrook couldn't have looked happier right after his big trade to the Lakers ... hitting an L.A. hot spot with Kevin Hart on Thursday -- smiling from ear-to-ear!!!

Of course, Brodie was the centerpiece of a MASSIVE deal between the Lake Show and Washington Wizards ... with Kyle Kuzma, Kentavious Caldwell-Pope, Montrezl Harrell and draft picks getting shipped out of town for the 2017 MVP.

Westbrook -- a SoCal native -- wasted no time celebrating his big homecoming ... rolling through The Nice Guy with his comedian friend just a few hours after the news broke.

Hart spoke with our camera guys Thursday night ... saying the move means "everything" for the Lakers. 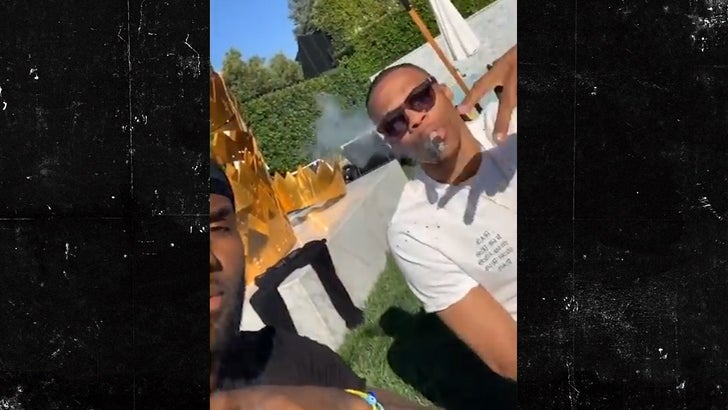 While there are some folks wondering how the new Big 3 of Bron, Russ and Anthony Davis would mesh, the guys certainly seem to get along off the court.

Remember, James hosted Westbrook at his L.A. home for stogies a few years back ... and the L.A. Times reports the trio met up prior to the trade and agreed to put their egos aside.

LeBron certainly seems THRILLED with the trade ... posting a photoshopped pic of his new teammate in the Purple and Gold on Instagram.

Enjoy the honeymoon phase, guys ... we'll check back in after the All-Star Break!! 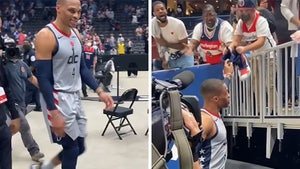 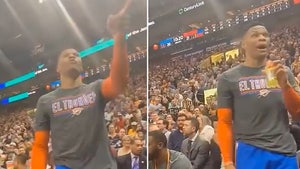