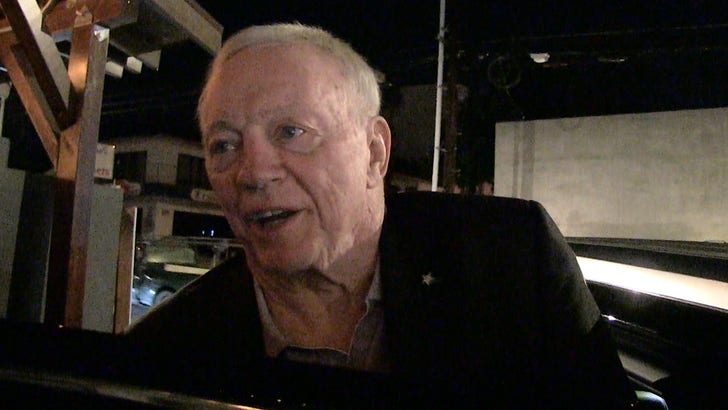 Cowboys fans, no need to panic ... Jerry Jones says Dak Prescott is "doing fine" -- and could play in a game right now, if it was necessary.

TMZ Sports talked to the Cowboys owner outside of Craigs in West Hollywood (Dallas holds training camp at nearby Oxnard, CA) ... and we asked Jones about his injured quarterback.

Prescott -- who signed a 4-year, $160 million contract extension this off-season -- strained a muscle in his throwing shoulder last week ... forcing him to miss practice.

Damn! Dak just put it back like that! Praying for a speedy recovery! pic.twitter.com/reNwLIwHzg

But, Jerry says if the Cowboys had a game Sunday, Dak could be under center.

"If we were playing a game [today], we could" ... Jones says when discussing Prescott's status.

We also asked Jerry about the Cowboy's COVID-19 vaccination status.

Remember, if 90% of players on a team get the vax, pandemic restrictions are eased -- so hitting that figure is a pretty big deal.

All is well in Jerry World. 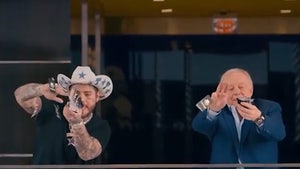 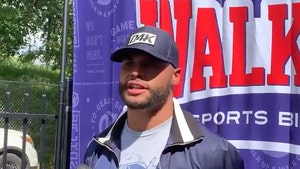