Lil Yachty's posted up with Kanye West inside Mercedes-Benz Stadium, and from the look of things, Yachty's vibing on "Donda" ... while Ye's morphing into a supervillain.

The "Hit Bout It" rapper paid Kanye a visit at his makeshift ATL home ahead of the second "Donda" listening party set to go down Thursday evening -- and Kanye was wearing his usual full head cover, plus a jacket covered in giant spikes!

Seriously, looks like something from the "Suicide Squad" wardrobe.

Yachty's the latest rapper to visit him inside his quarters at the home of the Atlanta Falcons. Chance The Rapper and Vic Mensa have also popped in to see Kanye.

Apple's launched a stream for viewers to "Watch Kanye finishing Donda in Atlanta," but it's intentionally muted the entire time ... which is why you can't hear any sound coming from the video Yachty posted.

As we reported ... Kanye and co. had been trying to figure out how to make this experience different from the first, which as we first reported, broke the Apple Music Global Livestream record with 3.3 million viewers. 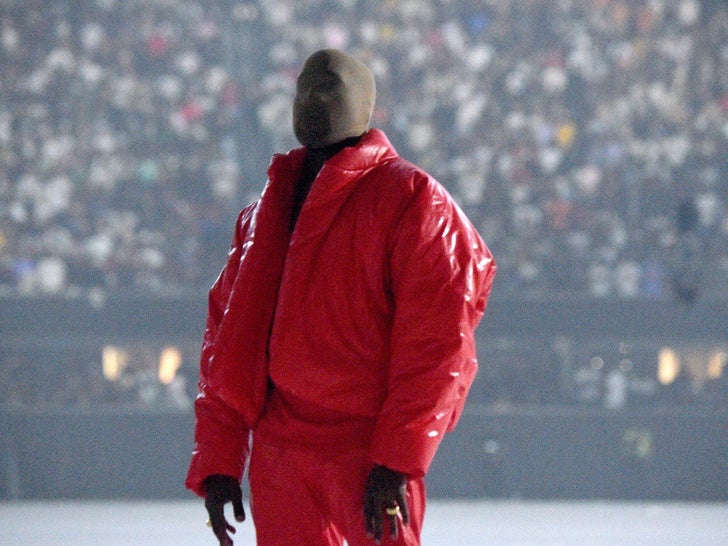 Kanye, of course, has been living in the stadium as he finishes up the album. At this point, he knows the place inside and out ... so that very well could come into play as he tries to come up with something new for the second event.