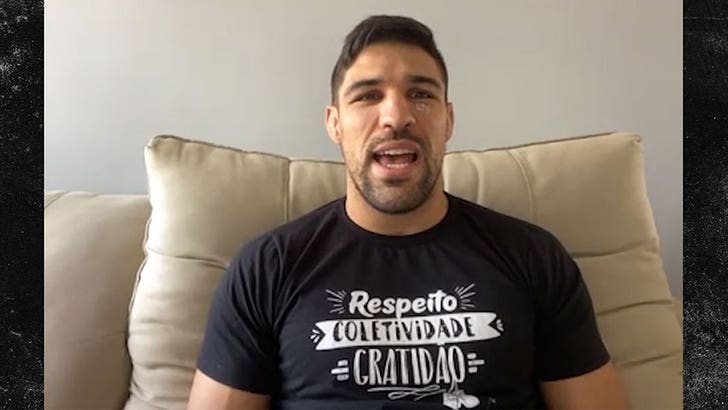 Vicente Luque is surging in the rankings ... and now the rising UFC star is going big name hunting -- calling out none other than Nate Diaz.

TMZ Sports talked to 29-year-old Luque -- fresh off his 1st round submission dub over top 5 fighter, Michael Chiesa -- and we asked, who's next!?!

"I do want to wait and see what's gonna happen with [Usman-Covington], with the title fight. Maybe I can get in there, maybe I can jump the line and fight for the title," Vicente says.

VICENTE LUQUE IS A REAL CONTENDER!

🇧🇷 @VicenteLuqueMMA with a few tricks up his sleeve and taps out the grappler! #UFC265 pic.twitter.com/upI7x3NOoG

But, #4 ranked Luque knows that's likely a long shot ... so he's got some names in mind in the event he doesn't fight for the strap.

Vicente lost to Leon via unanimous decision back in 2017 ... but has been on a tear of late -- coming off wins over Chiesa (submission), Tyron Woodley (submission), Randy Brown (KO), Niko Price (TKO).

Of course, Diaz just fought Edwards himself -- losing via unanimous decision -- but not before almost KO'ing Leon in the last round of the June fight.

There's another option ... serve as the backup fighter in case of injury or illness for Usman vs. Covington -- a fight that doesn't yet have a date.

Bottom line ... Vicente Luques' a problem in the welterweight division. 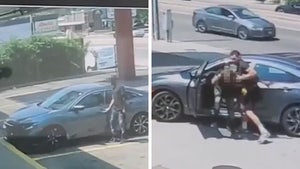