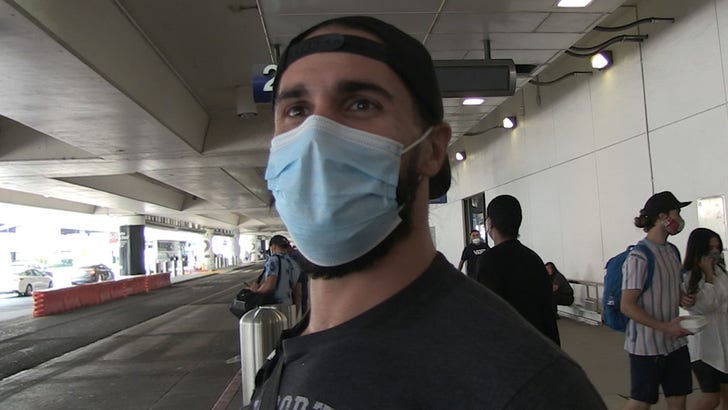 Those are three of the lucrative options U.S. Olympian Gable Steveson reportedly has on the table after winning a gold medal in freestyle wrestling at the 2020 Games.

TMZ Sports ran into Seth Rollins at LAX ... and we asked the WWE Superstar if pro wrestling would be a good career move for 21-year-old Steveson.

"I mean, we’d love to have him. He seems like an incredible athlete, and decent dude. And, you know, we've had some luck with Olympic gold medalists before, so why not?" Rollins said.

Seth is referring to Kurt Angle ... who won a gold medal in wrestling at the 1996 Olympics in Atlanta before ultimately joining WWF (now WWE) in 1998 -- where he became a legend in the squared circle.

But, freestyle wrestling and pro wrestling are VERY different sports ... which is why Rollins is offering Gable some assistance.

"I do have a wrestling school, Black and Brave Wrestling Academy, so if he wants to move to Davenport, Iowa for three months, we'll get him ready."

Of course, since defeating the #1 seed in the gold medal match in Tokyo with fractions of a second remaining, 6'1", 260+ lb. Steveson says he's received interest from the NFL (Ravens, Bills), UFC, Bellator, and WWE ... to name a few.

Gable hasn't ruled out signing with any of the organizations ... making it clear if they write a big enough check, he's interested in football -or- wrestling -or- fighting.

If Vince McMahon backs up the Brinks truck, Rollins -- former WWE heavyweight champ -- is more than willing to train the Olympic champ. 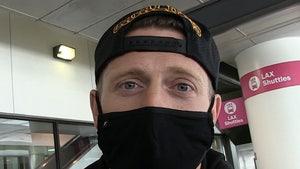 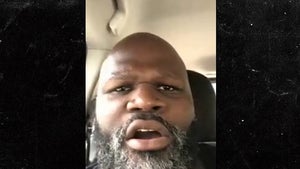