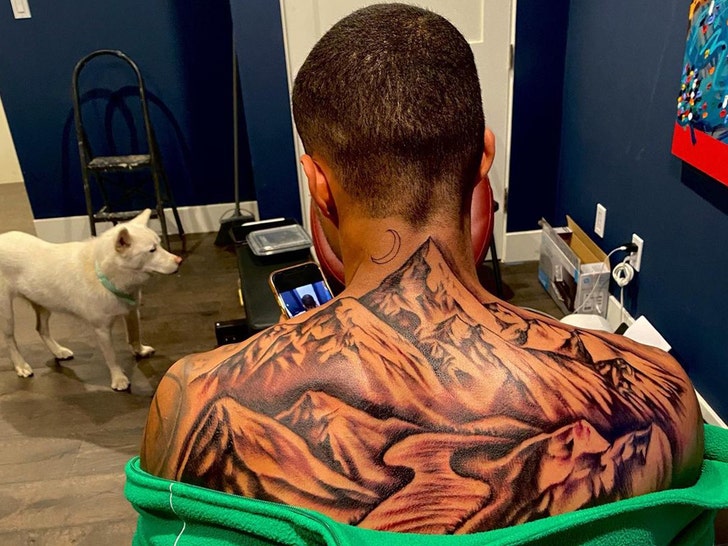 Kyle Kuzma will now certainly never forget his Univ. of Utah roots ... 'cause he just got a mountain range back tat to pay homage to his alma mater -- and it is MASSIVE!!!

TMZ Sports has learned ... the Washington Wizards new star wanted to get ink to represent his 2014 to 2017 days as a Ute, so he hit up celeb tat artist Herchell L. Carrasco.

We're told the 26-year-old headed out to Carrasco's Pachuco Tattoo shop in Orange, Calif. ... and sat like a rock for the huge scenery piece.

Carrasco said it all took about six hours ... with the mountain range scene ultimately ending up covering 1/3 of Kuzma's upper back.

Carrasco says the artwork isn't of one specific part of Utah ... but rather a mixture of mountains in the state -- and also represents "power, obstacles and overcoming them."

Carrasco added the NBA player might add more to it down the road.

The mountain scene wasn't the only work Kuz got done this week ... he also got a hand tat of the NBA championship trophy he won with the Los Angeles Lakers in 2020.

Carrasco -- who's also done work on LaMelo Ball -- says Kuz wanted to make sure he left some room on the hand "to add more trophies" later on. 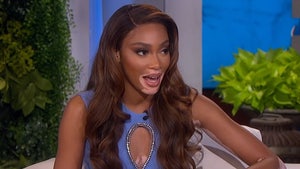 Winnie Harlow Says Kyle Kuzma Slid Into Her DMs to Ask Her Out, 'He Shot His Shot'