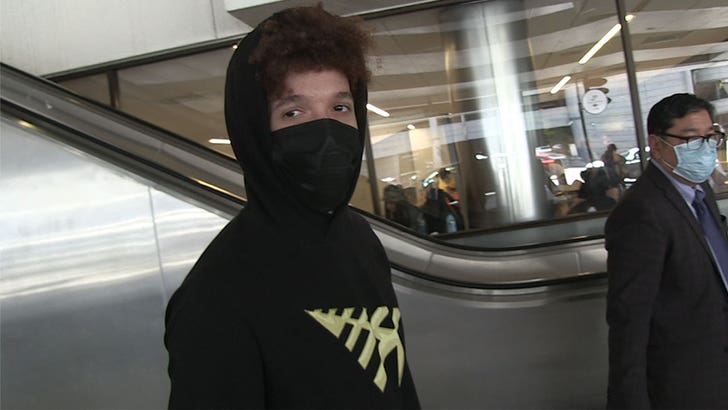 L.A. Clippers rookie Jason Preston has made his first big purchase after becoming a pro baller ... and it's not a house or a car -- but a new iPhone!!

The 22-year-old former Ohio Bobcats star was the Clips' #33 overall pick in the NBA Draft last month ... which secured him a 3-year, $4.4 million deal.

So, naturally, when we ran into the hooper out at LAX this week, we had to ask if he's treated himself to anything nice after making it big time ... and he dished on his favorite new toy.

"This phone," Preston said while showing off the new gadget. "I had an iPhone 7 before. I got a 12 now."

BTW -- the 6-foot-4 guard shot 43% from midrange and averaged 9 points and 4.8 assists per game during Summer League play ... and said he was able to chop it up with new teammates Kawhi Leonard and Paul George, who were there to support their rookies.

Of course, if you haven't heard of Preston's story, it's pretty incredible -- he averaged 2 points a game during his senior year of high school and nearly pursued a career in journalism before enrolling at a prep school, where he blossomed into a baller.

He later joined Ohio, where he had huge games against some notable basketball programs in the country ... impressing the Clippers so much, they took him with their first second-round pick.

Enjoy the new phone, Jason ... and best of luck in the Association!! 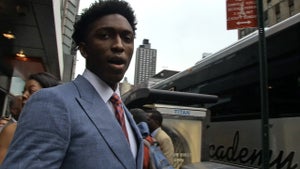 NBA Draft's Stanley Johnson -- My 1st Big Purchase Will Be ... 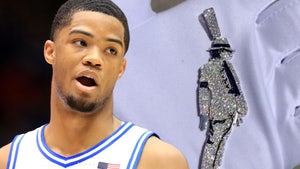