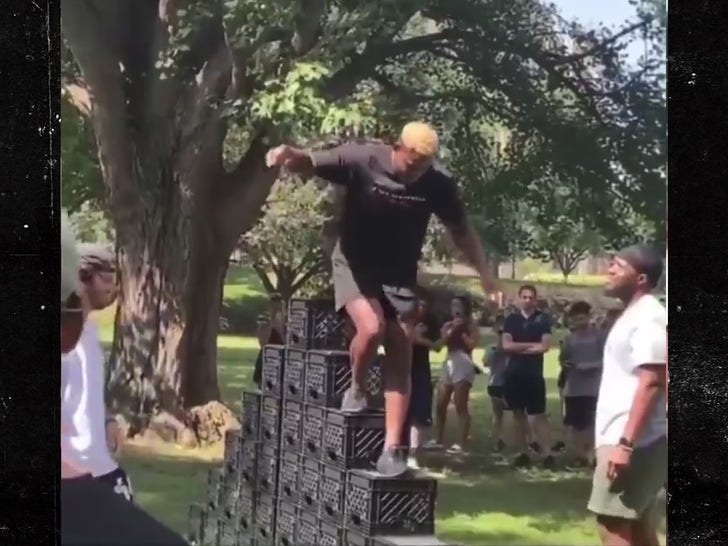 Pittsburgh Steelers wide receiver and influencer JuJu Smith-Schuster just joined the biggest craze on the internet -- the milk crate challenge -- days before the NFL season is about to kick off ... and we're concerned.

If you've been living under a rock, the crate challenge is when people try to climb unstable stacks of plastic bins ... balancing on as many as 7 at one time.

It's a seriously dangerous act -- some people have reported major injuries from trying it -- and even social media platform TikTok has banned the content due to safety concerns.

But, that hasn't stopped JuJu from getting in on the action ... with video surfacing Monday of the 24-year-old recently attempting the challenge.

Thankfully, JuJu was able to make it across the line of crates without a problem ... but the big issue is that there's a chance it could NOT have ended well.

One week before the season… un fucking believable pic.twitter.com/UoP1O7iEz4

Granted, it looks like there were a couple of guys ready to catch him if he fell ... but still, who knows what coulda happened.

He's come under fire in the past for antics like posting TikToks in the locker room and dancing on opposing teams' logos.

With Week 1 approaching, it sure seems like there are much safer ways to pass the time. 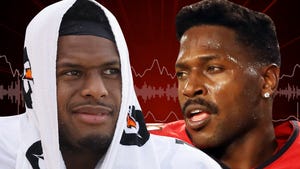 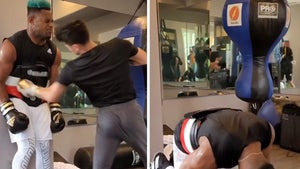