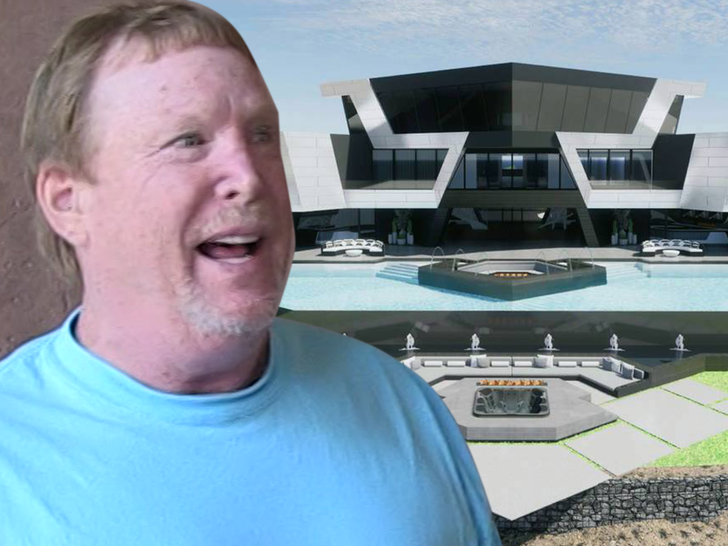 What will Mark Davis' new mega-mansion have in common with his Las Vegas Raiders team's practice facility and stadium???

They'll ALL look alike ... this according to records obtained by the Las Vegas Review-Journal, which show Davis is building a $14 MILLION crib that'll resemble his team's current Vegas building!!!

According to the report, the NFL team owner has already broken ground in Henderson, Nev. on the new place ... which -- as you can see in photos -- will look like a spaceship.

Per the report, the home will be a 15,000 square foot monstrosity with three stories, floor-to-ceiling windows, a bar, library, steam room, a man cave and a ridiculously huge pool that's gunning to have a view of the iconic Vegas strip. 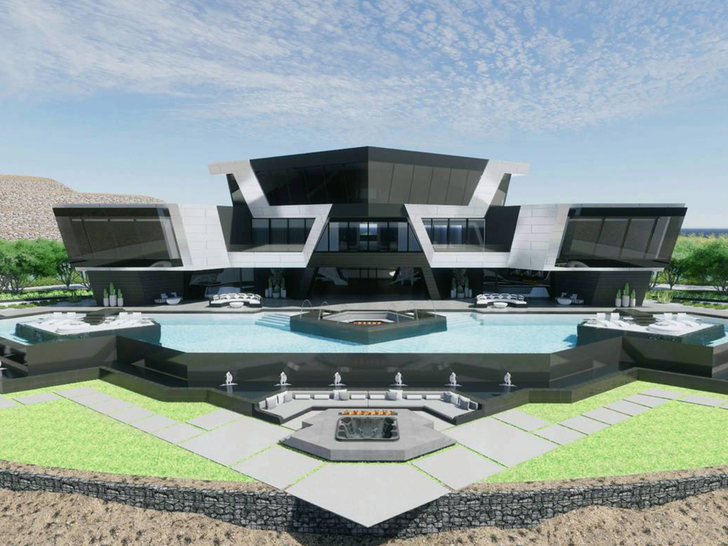 The estate is also hoping to have a 5,422 square foot garage -- which, of course, is plenty of room for his beloved mini car.

A rendering of the place submitted to the city shows it'll have some Raiders' black and silver in the paint scheme too ... in addition to looking exactly like the team's Intermountain Healthcare Performance Center (as well as Allegiant Stadium). 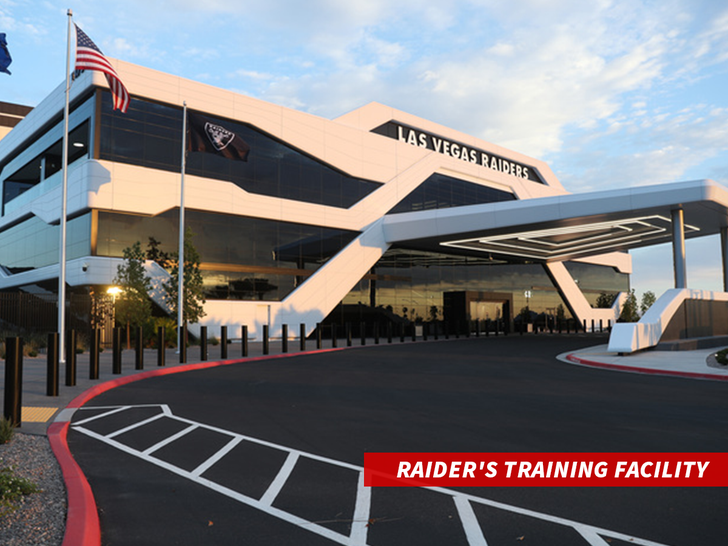 The 66-year-old said he's planning to live in the place for "the rest of my life" ... but added he has "no idea" when it'll be move-in ready.