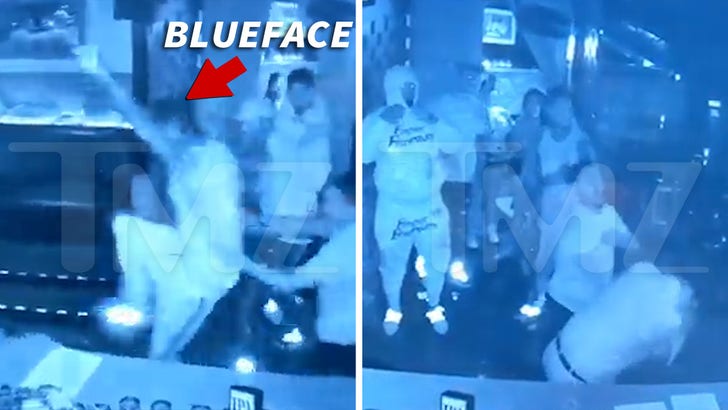 Blueface is accused of viciously attacking a doorman at a club, and video of the incident shows 3 other men jumped the guy too ... and it's incredibly brutal and disturbing.

TMZ's obtained security footage from late Sunday night at Skinny's Lounge in the San Fernando Valley, where the rapper and his crew are accused of pummeling the club's bouncer for not letting Blueface in without his ID.

As you can see, the altercation started in the entryway to the club, and a member of Blueface's group throws the first punch ... then Blueface and the other 2 men proceed to attack, unloading a flurry of punches and kicks.

It appears a woman in the group is recording the attack on her phone, before Blueface seemingly stomps the bouncer. Then, another guy tries to lift him up by his feet while the attack continued.

Blueface is the last person seen on the video, and appears to give the bouncer a couple of taps to see if he's conscious before leaving. 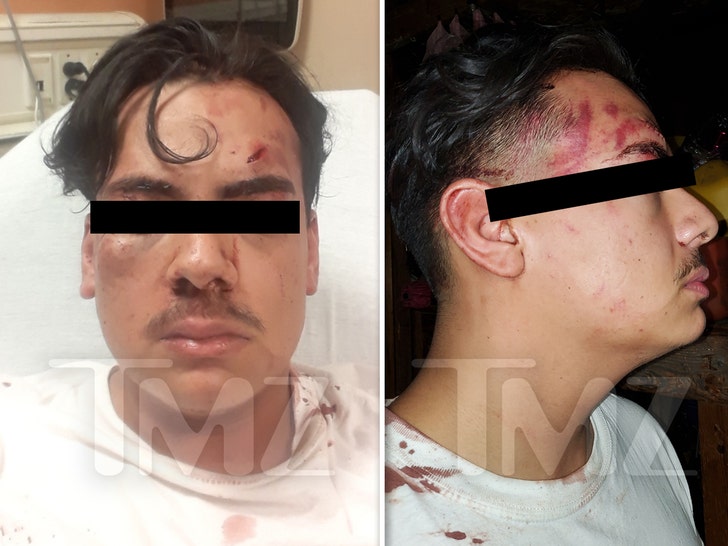 As we reported ... the bouncer had to be transported to a hospital by ambulance where he got stitches, and photos of his injuries look pretty bad. 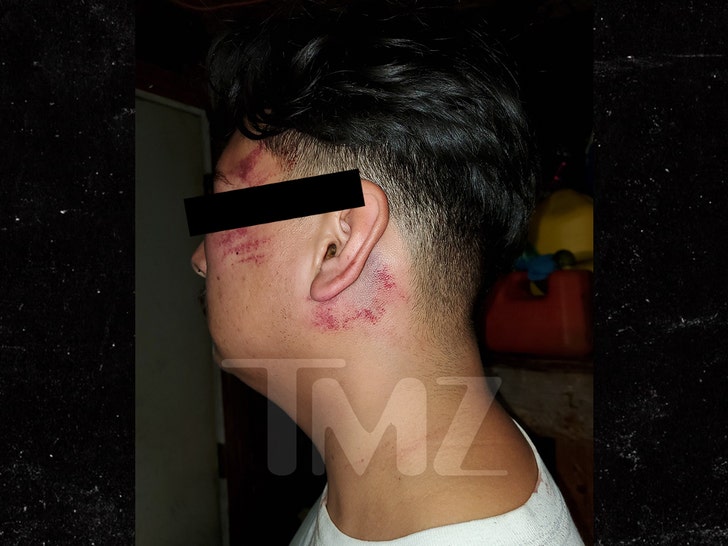 Law enforcement sources tell us officers took a battery report, and they are aware of this surveillance video ... so it will be crucial in the investigation. 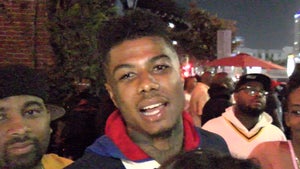 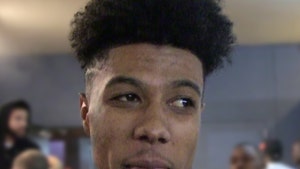