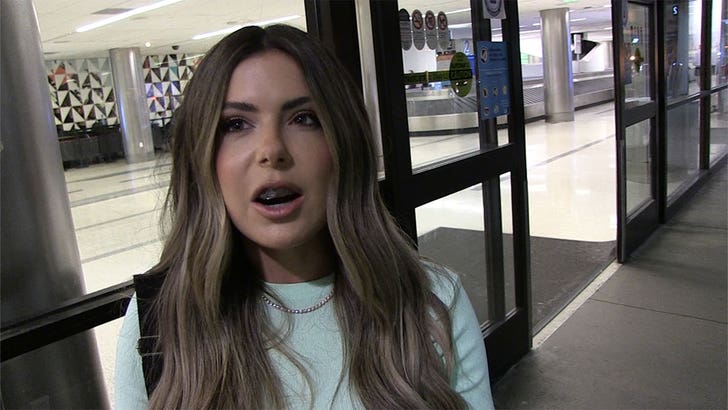 Brielle Biermann sounds like she's been through hell recovering from double jaw surgery -- both physically and mentally -- but she's staying positive ... with her sights set on Thanksgiving!!!

We got the "Don't Be Tardy" star at LAX, where she gave us an update on the gnarly procedure she had done in August to correct some major biting and breathing issues she's dealt with most of her life.

As you see ... Brielle's still in post-op mode with a splint in her mouth, and tells us she's several weeks away from being able to eat foods, like meatballs.

She says her limited diet's resulted in her dropping 15 pounds, but the silver lining -- if there is one -- is her doctor's instructing her to have a daily milkshake to get her weight back up.

Brielle says the recovery process has been incredibly challenging, and she's been feeling down lately ... what with missing her friends and socializing.

The good news -- Brielle tells us the end of her eating woes is hopefully near ... and she should be able to celebrate on the holidays by gorging herself like everyone else!