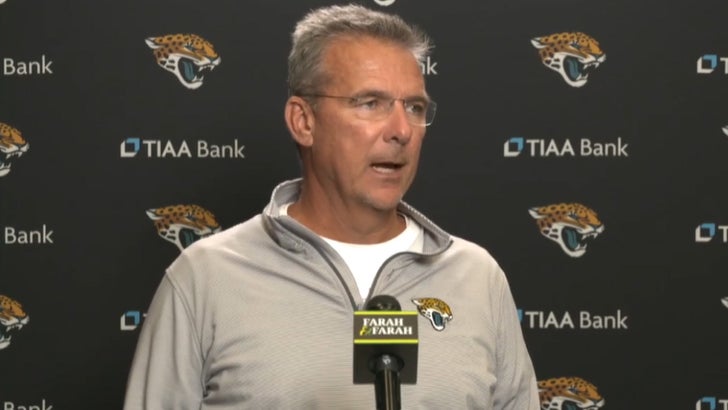 9:16 AM PT -- Urban Meyer just addressed a number of questions surrounding his recent controversy ... saying Jags leadership has been "over the top" supportive in the days following the incident going public ... and he has no plans to resign.

Meyer discussed his decision to stay in Ohio instead of going back to Jacksonville with the team after the Jags' loss to the Bengals ... saying he had prior approval from the team way in advance.

As for his relationship with his wife, Shelley, Meyer says he has an awesome marriage of 37 years and believes it's something they'll get past.

Urban is now putting his focus on the Tennessee Titans ... and says he'll do his best to help the team get ready and move on from the distraction.

Urban Meyer is still doing damage control -- the Jacksonville Jaguars coach addressed his controversial bar appearance in a full team meeting on Wednesday, where he reportedly showed "remorse and responsibility."

Meyer is on the hottest of seats after video surfaced of the coach cozying up with a young woman -- not his wife -- at an Ohio bar last weekend ... with Jaguars owner Shad Khan calling his actions straight-up "inexcusable."

The 0-4 coach reportedly brought up the whole crap storm in front of the entire team again just minutes ago ... where he said he only cares about two things -- his family and his players -- and he let both down.

"I embarrassed them both," coach said, according to NFL reporter Aditi Kinkhabwala.

No word on how the players and staff reacted to Urban's mea culpa, but reports claimed players didn't take his previous apologies too seriously earlier this week ... cracking up and laughing once Meyer left the locker room.

There are rumblings the distraction may not be worth it to a winless team looking to get its bearings ... but as of right now, Meyer's still the guy in Jacksonville.

Coach is set to meet with local reporters on Wednesday ... and we expect them to throw down the gauntlet. 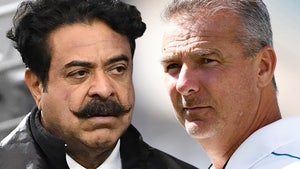 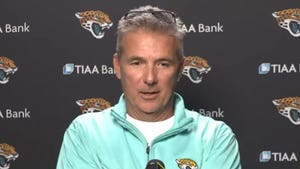