The fan who gave up Tom Brady's 600th TD ball might not have the $500K pigskin, but his Coinbase account is surging in value, 'cause Rob Gronkowski and Mojo Muhtadi are hooking up the dude with over $30K in tokens!!

Gronk and Mojo (along with Steve Aoki) partnered with a new crypto company called Beyond Protocol earlier this year, Muhtadi tells TMZ Sports. BP says they specialize in tech that allows internet-connected devices to communicate safely. 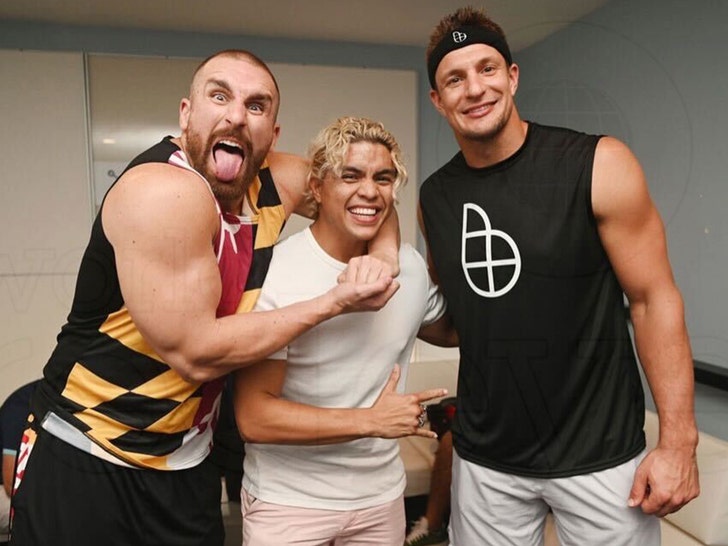 Anyways, back to the Bucs fan, Byron Kennedy.

As we previously reported, TB12 joined Eli and Peyton Manning on MNF and announced he was giving the fan 1 Bitcoin -- currently worth about $60K -- for giving up the extremely valuable ball.

Cool, but still not worth half a milli (at least not yet).

Enter Mojo and Gronk ... Muhtadi tells us he spoke to the company, and they've decided to hook the fan up with 690 coins (if you know Mojo, you get this) worth about $44 each.

And, in addition to the BTC, Brady and the Bucs are hooking the fan up with a bunch of cool memorabilia ... including signed jerseys, a helmet, cleats, AND 2 season tickets for the rest of this season and next season. 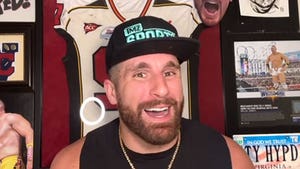