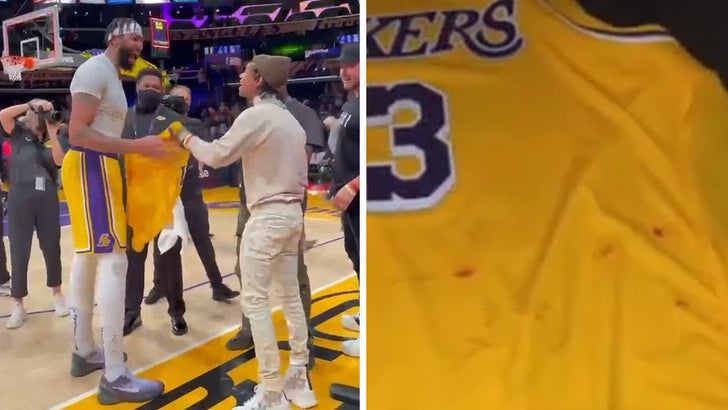 Swae Lee got an extra bonus after Anthony Davis gave him his jersey after Tuesday's game ... literally getting the Lakers superstar's DNA in the exchange after getting his bloody threads!!

It went down after the Lakers beat the Houston Rockets in the Staples Center, 119-117.

Davis -- who had 27 points, 9 rebounds and 3 assists -- saw the one-half of rap duo Rae Sremmurd sitting courtside and decided to show love by offering his game-worn #3 jersey.

But, before he handed it over, he warned the 28-year-old rapper the jersey had his blood, sweat and tears on it ... literally!!

Swae didn't care one bit -- he was actually super hyped about it saying, "even better!!!" 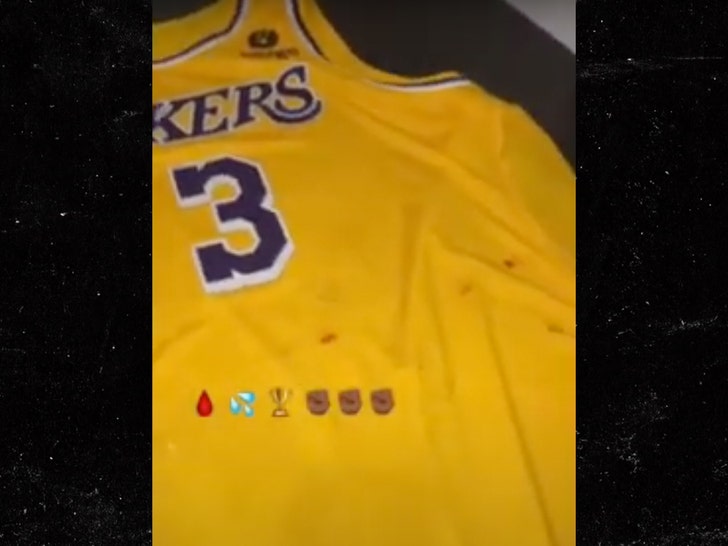 He even gave a close-up of the genetic evidence ... revealing the bloodstains on the #3 Lakers gear on his IG.

This ain't Swae's only Davis jersey -- he rocked one while celebrating the Lakers' 2020 championship last October.

Guess you could say Swae and AD are blood brothers now!! 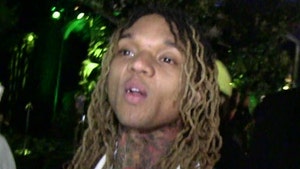 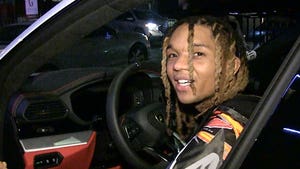