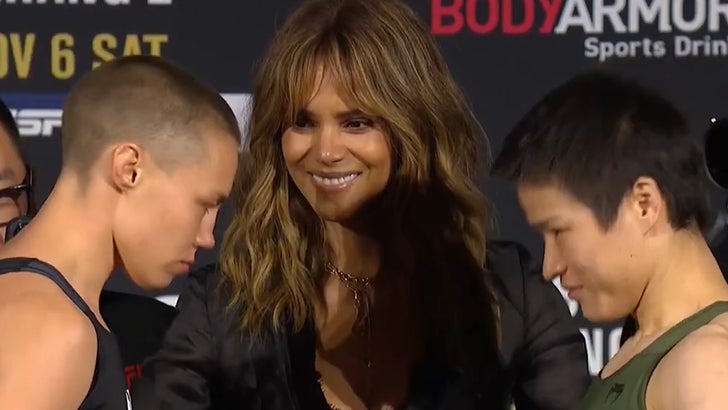 UFC fans got some extra star power at the ceremonial face-off between Rose Namajunas and Zheng Weili … 'cause even Hollywood actress Halle Berry made sure to be in attendance to oversee the whole thing.

Berry -- an Academy Award winner -- stood in between the two fighters as they met face-to-face one final time before they throw down in the Octagon at UFC 268 … and judging from the looks of it, Halle was ready to get in on the action!!!

Of course, HB is in fighting shape -- she had been training for her new UFC flick "Bruised" … where she goes toe-to-toe with real-life fighter Valentina Shevchenko ... so it's not surprising she looks like she could actually scrap on Saturday’s card.

Berry looked pumped by the entire exchange ... as Joe Rogan announced both fighter’s names and weight.

Berry smiled as both fighters stared each other down intensely in front of the raucous crowd ... and for good measure, she even made sure to give a complimentary pat on the back to both women, flexing some of her muscles for the fans and photographers in the building.

Luckily, both fighters hit their strawweight mark ... meaning it's going down at MSG Saturday night.

Maybe we'll see HB in a real Octagon next?!? 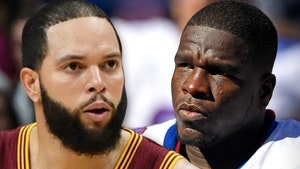 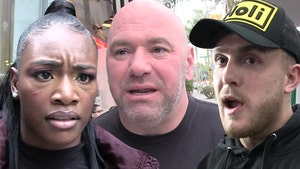