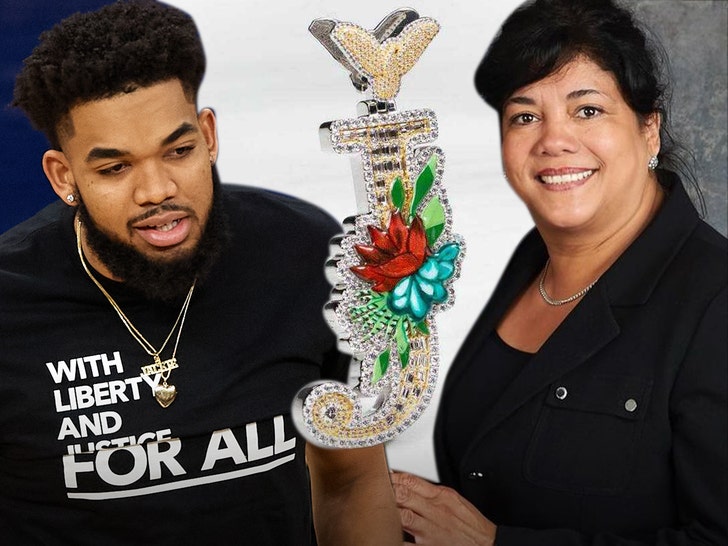 Karl-Anthony Towns got a lot of dope gifts for his 26th birthday on Monday -- but none were more meaningful than this ...

TMZ Sports has learned that one of KAT's good buddies got him an amazing diamond pendant -- that's worth over $16,000 -- to honor his late mother, Jackie, for the special day.

We're told Chuck Anthony -- who's been one of Towns' best pals for years -- hit up Tim Da Jeweler to get a bday gift for the Timberwolves center earlier this year. 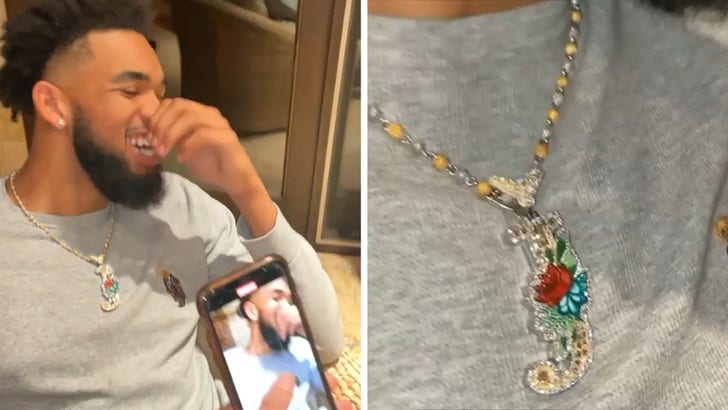 Chuck wanted to pay tribute to Towns' mom, who passed away in April 2020 due to complications from COVID-19.

Tim tells us he and Anthony worked closely together on the project -- saying they "wanted to make something that would have some sentimental value to Karl given that he had a really hard time dealing with his mother's passing."

There's also a custom, hand-painted red rose with green and blue designs to give it "some pop," according to Tim. 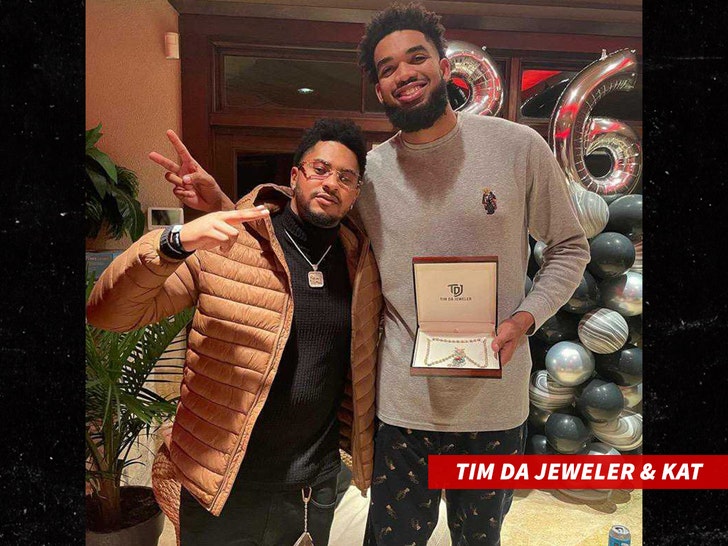 It also comes with a 14k solid two-tone yellow gold/white gold rosary style chain -- and we're told it all cost $16,700.

As we reported, KAT has received a bunch of gifts honoring his mother over the past year ... including custom bags with Jackie's name on them from his GF, Jordyn Woods. 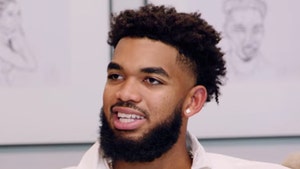