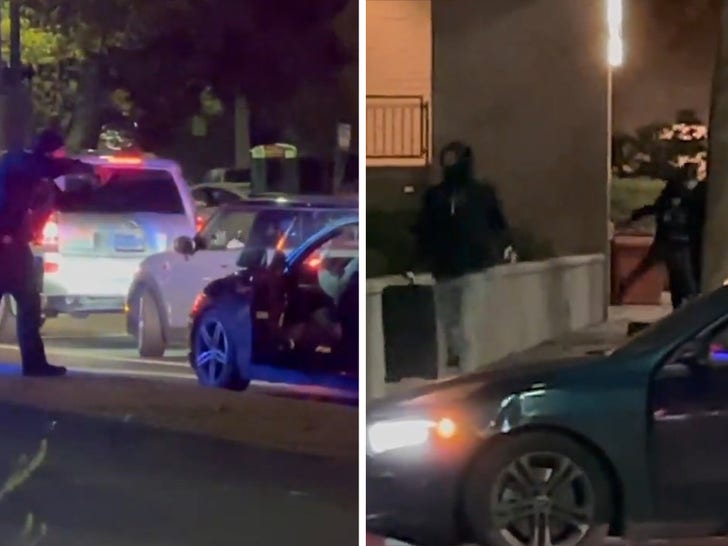 Bay Area looters have coordinated by the dozens and descended upon high-end retail stores ... and on Saturday, Walnut Creek's number was called.

Check out this footage that was captured last night by NBC reporter Jodi Hernandez, who filmed a surreal scene at a Nordstrom store in the mostly upscale East Bay city. As she describes ... it looks like scores of people pulled up to the curb in a concerted effort.

#Breaking About 25 cars just blocked the street and rushed into the Walnut Creek Nordstrom making off with goods before getting in cars snd speeding away. At least two people arrested at gunpoint. pic.twitter.com/AG3R94M9L3

She writes, "About 25 cars just blocked the street and rushed into the Walnut Creek Nordstrom making off with goods before getting in cars snd speeding away. At least two people arrested at gunpoint."

Indeed ... her video shows multiple individuals fleeing from inside, running out with several items in hand and throwing them into the line of waiting cars -- and then speeding off.

While most of the looters got away, @walnutcreekpd did arrest a few following the flash mob robbery of the Walnut Creek Nordstrom store. #nordstrom #flashmobrobbery pic.twitter.com/LPlrNeiyhg

She captured more footage of Walnut PD officers arriving on the scene and apprehending a few of the thieves -- but by all accounts, a majority of them got away ... with only 3 arrests being made that night. Three out of about a reported 80 people -- so not even close.

It's a deeply troubling trend that started to make itself known in San Francisco just the night before, only a stone's throw away from Walnut Creek, where tons of people broke into a Louis Vuitton store and ransacked the place there as well.

It looks like the cops in that scenario were able to apprehend a few more suspects than here in Walnut -- but the fact that so many people showed up to do the same thing really makes ya wonder to what degree this was all planned. In the WC case, it's quite obvious.

BTW, this is far from a California-only problem ... there have been reports of mass looting all over the country for the past several days now, including another hit near Chicago -- where another LV store was cleaned out.

Some are tying all this to the Rittenhouse verdict, but it seems clear these folks had these plans well before his fate was read aloud. And besides, there's been virtually little to no unrest in the wake of him being found not guilty -- not like 2020, anyway -- so the protest angle just doesn't make sense.

What we're seeing appears to be just a good old-fashioned crime spree ... which is getting more brazen by the day. 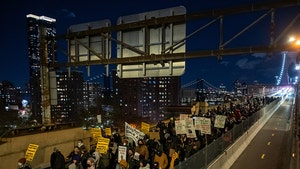 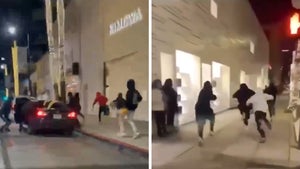