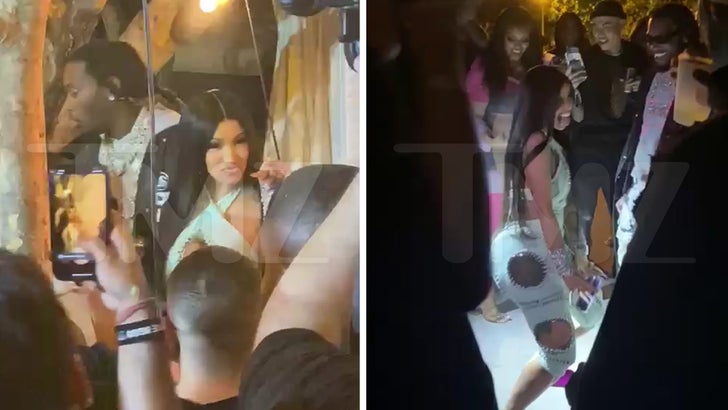 9:51 AM PT -- 12/6 A club source tells us the women Cardi was trying to get in the club were there showing her love and she wanted to do the same back to them by helping to get them inside.

Cardi B partied at the Maxim Saturday night in Miami at Art Basel.

She started her night pouring Whipshots at the Good Time Hotel then hit up the SLS hotel in Miami Beach for the Maxim Art Basel Party. She showed off some serious Cardi moves ... as the crowd clapped and cheered.

She made the rounds ... several parties in town were rocked by CB. And here's the thing ... unlike so many celebs who tend to just hang with each other, Cardi loves interacting with everyone ... you see from the video, she just loves the company of everyone. A refreshing change.

At the Maxim party, she was there with Offset, just kinda hangin' with him and drinking Dano's Tequila. Teyana Taylor and Karrueche Tran were also there. Best part is when Cardi and Offset leave ... she just started busting a move as she headed for their car.

There is also a video of Cardi and Offset arriving at a club in Miami and Cardi appearing to tell the bouncers to let the black women in.

Ya girl is now the FIRST EVER Creative Director In Residence at @playboy!!! What a dream!! im getting the party started as the Founding Creative Director and a founding member of CENTERFOLD the new creator-led platform from @playboy. I'm so excited for everything that's coming 😏 pic.twitter.com/drz12FLfuC

Cardi's had a big week ... Playboy just announced she'll be its first Creative Director in Residence ... which she calls "a dream come true." 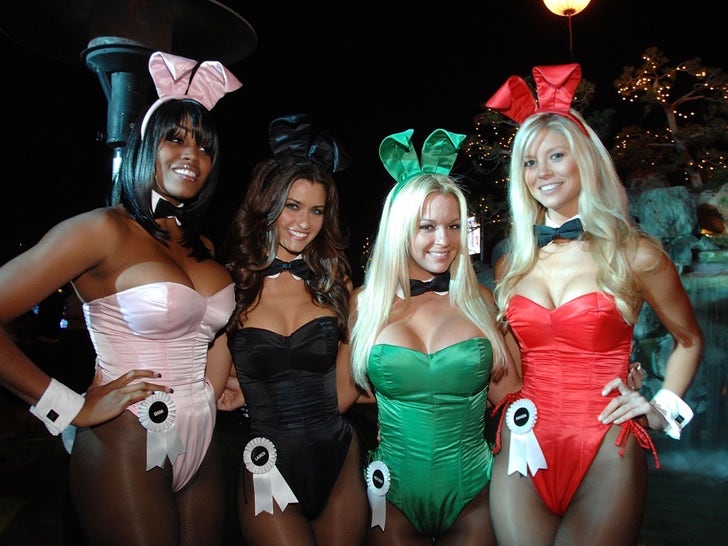 Daymond John told us on "TMZ Live" Friday this was a super brilliant move for Playboy to become relevant again. 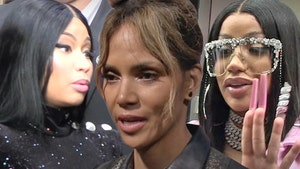 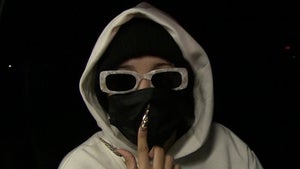 Cardi B Couples Party All The Time Exclusive Music