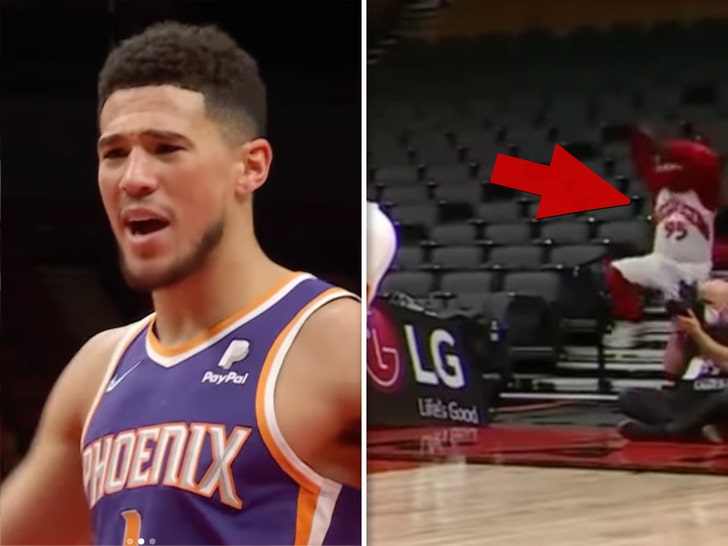 Devin Booker was so pissed at the Toronto Raptors' mascot during a game on Tuesday -- he made the refs move it so he could shoot free throws in peace.

The wild scene happened during the Suns' tilt with Toronto in Canada, where no fans were allowed in the building due to a recent surge in COVID cases in the area.

Toronto, though, did allow its mascot to attend ... and as Booker was shooting some crucial free throws with 6.5 seconds left in the game -- the person in the furry suit jumped up and down.

Booker nearly missed his first shot over it -- and then he was so ticked about it, he made the refs put a stop to it.

"Booker's complaining about the Raptor, the lone fan that is there," the TV broadcaster said during the game. "He's been sent away!"

Booker eventually sunk the free throws and the Suns got the W ... and afterward, Devin confirmed he was hot about the situation.

"I was just trying to get him out the way," Kendall Jenner's BF said. "It worked."

"I was just trying to get him out the way. It worked. I'd rather be shooting them w/o him down there. We play shooting games all the time everyday. These two do the same thing and I complain then. That's just me." Devin Booker on issue with Raptor waving behind basket on FT #Suns pic.twitter.com/WJ7ZfnZj83

"I'd rather be shooting them without him down there. We play shooting games all the time everyday. These two do the same thing and I complain then. That's just me."

Fortunately, Booker said he and the red dinosaur will have no beef going forward ... he told media members, "We hashed it out. We're cool now." 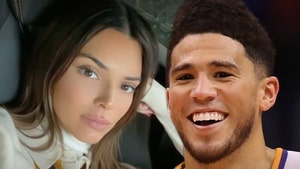 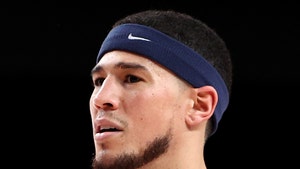 Devin Booker Back With Suns After COVID-19 Battle