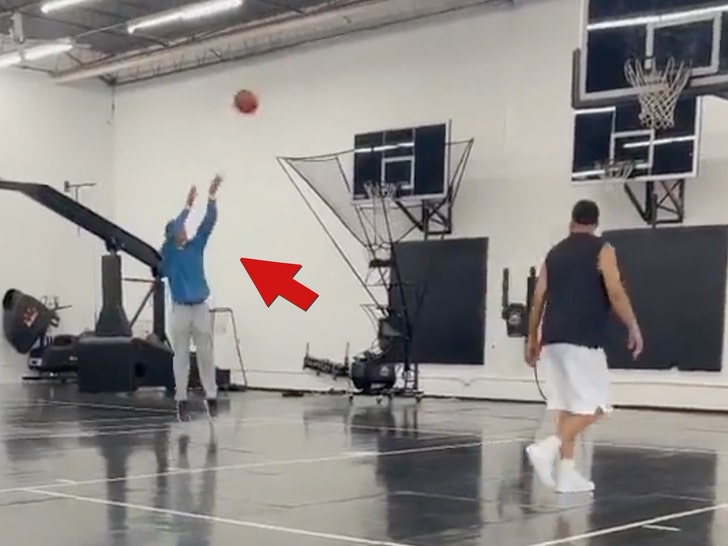 Delonte West is back on the basketball court ... and TMZ Sports has learned the ex-NBA star is training for a chance at playing in Ice Cube's BIG3 league!!

Sources tell us the 38-year-old has been training at the Pat The Roc Basketball Academy in Gaithersburg, Maryland every single day for the past month ... in hopes of making a huge comeback.

We're told despite everything that's happened recently, West hasn't lost his touch ... and looking at footage that surfaced online this week, it's true.

In video posted on social media, the guy is able to hit several shots ... and his handles look great as well!!

Not only has West been training hard for his return, we're told he's also been speaking to the kids at the academy and shelling out advice on hoops.

Remember, DW -- the 24th overall pick in the 2004 NBA Draft -- played 8 seasons in the league for the Mavs, Celtics, Cavaliers, and SuperSonics ... but fell on hard times with mental struggles and substance abuse.

With the help of his family and Mavs owner Mark Cuban, he entered rehab in 2020.

This looks like a huge step in the right direction.