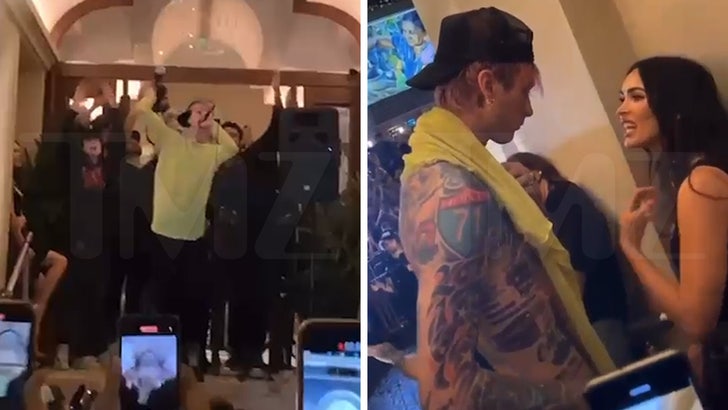 Machine Gun Kelly's turning hotel bellmen into tour roadies and proving the ol' show biz adage is true ... even in the face of a deadly storm in South America.

Yeah, the show totally went on for MGK Tuesday night just outside the lobby of his hotel in Paraguay ... where the rocker set up giant speakers, cranked it up to 11 and grabbed a mic. Fans had swarmed the building after his scheduled concert venue was flooded out, forcing promoters to pull the plug on the show.

Megan Fox was right by her fiance's side when he came out to greet the fans, and then decided to give 'em a mini-concert.

and that’s how we turn bad news into amazing news 😍🤞🏼 pic.twitter.com/ofzGuZsE4y

Paraguay was rocked by a storm that tore roofs off buildings and had rivers overflowing their banks. Five people reportedly died and more than 80 were injured in the severe weather.

MGK was supposed to play at the Asuncionico Festival, and Miley Cyrus was on the bill too. As we reported, Miley's flight to the gig was disrupted by an emergency landing when it was struck by lightning from the storm. 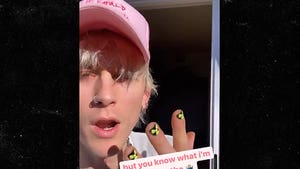 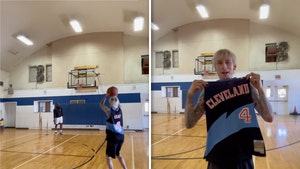