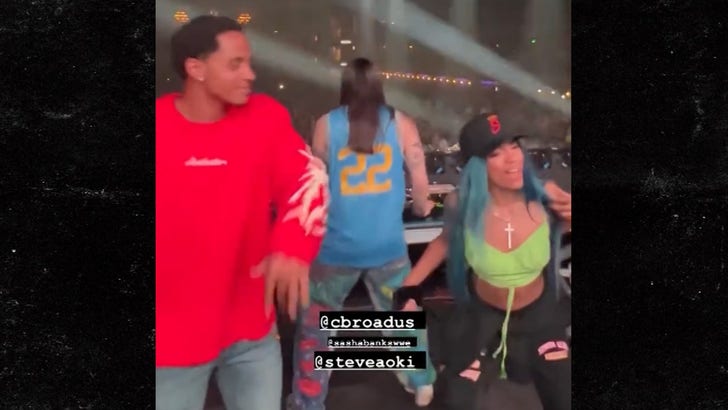 Sasha Banks was living it up with Steve Aoki at a concert this past weekend ... after being suspended by WWE for refusing to wrestle and walking out of "Monday Night Raw."

The WWE superstar clearly looked unbothered on stage with the famous DJ, as the two partied hard with Snoop Dogg's son, Cordell Broadus, in front of a packed crowd.

In the clip, Sasha is right in the mix behind Steve, who had the building jumping when he started playing Lil Nas X's and Jack Harlow's "INDUSTRY BABY" track.

As we previously reported, Sasha Banks and her tag team partner, Naomi, were suspended by WWE on Friday for abandoning Monday's show and skipping out on their match.

Smackdown announcer Michael Cole informed the audience during the telecast that both women were out indefinitely and effectively stripped of their tag team titles.

Sasha Banks and Naomi have been suspended indefinitely. There will be a future tournament to crown the new WWE Women's Tag Team Champions. pic.twitter.com/8xhJe0l5bV

Sasha's appearance on stage at Steve's concert is the first time she was seen at such a large venue since WWE announced the ban.

Banks and Naomi have yet to publicly address their punishment, but it appears the friction between them and the company isn't going anywhere anytime soon. 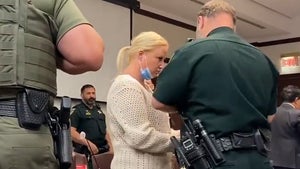