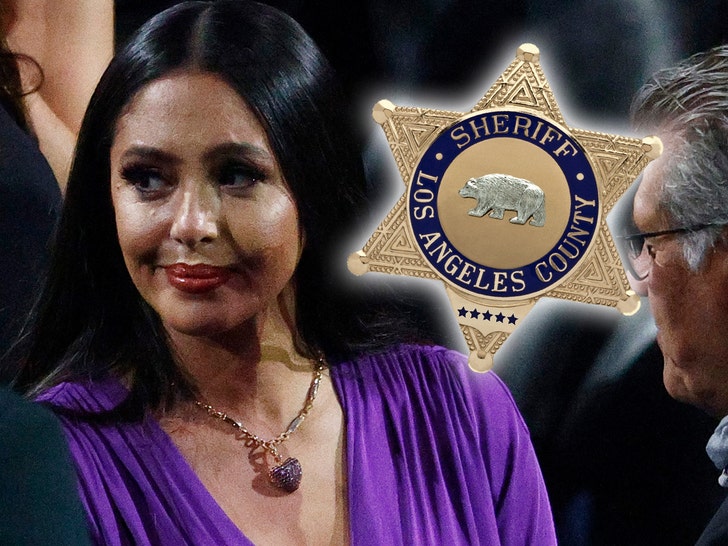 Vanessa Bryant wants a jury to know that the sheriff's deputy accused of taking helicopter crash scene photos of Kobe Bryant was involved in another scandal involving excessive force where a handcuffed inmate's head was allegedly knelt on.

But, L.A. County is fighting back, insisting the other incident is irrelevant, and would seriously prejudice the jury.

About a year after Kobe, Gigi, and seven others tragically died in a helicopter crash, there was an incident inside a county jail involving a deputy named Doug Johnson ... who's accused of kneeling on the head of a handcuffed inmate for several minutes. The March 2021 incident received national news attention.

The L.A. County Sheriff's Department allegedly attempted to prevent the details of the incident from going public ... believing it'd be a black eye for the department.

It's not the first scandal Doug Johnson's allegedly been involved in ... 'cause he's accused of being one of the deputies who took photographs of Kobe's remains at the crash site.

Photos were then allegedly shown to civilians -- without authorization -- in places like bars.

Now, lawyers for L.A. County are asking a judge to prevent Vanessa's attorney's from raising the issue during the defamation and negligence trial -- filed by the Bryant family in 2020 -- and set to begin in July.

The county, in documents filed on Friday, argues the jail incident is "entirely unrelated" to Vanessa's case. They argue bringing up such a hot button issue like excessive force could have a huge effect on the outcome of the trial.

Lawyers for the county reportedly asked Vanessa's legal team if they'd agree not to bring up the other incident ... but VB's attorney refused, according to the L.A. Times. That's when L.A. County filed the motion.

A judge is yet to make a decision on L.A. County's request.

Here's the footage of Deputy Douglas Johnson kneeling on the head of Enzo Escalante, leaked to Knock LA. @AleneTchek reported on claims that Sheriff Villanueva directed a cover-up of the investigation of this use-of-force & is now the subject of a department investigation. pic.twitter.com/ELj7K2N7Yq

As for the jail incident ... Johnson was captured on camera leading an inmate through a hallway, before the man, awaiting a murder charge, punched him in the face several times. Once Johnson got the 24-year-old inmate under control and handcuffed, he allegedly knelt on the inmates head for around 3 minutes.

The incident was caught on surveillance video. 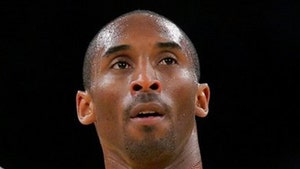