A$AP Rocky's arrest in Sweden a few years back almost triggered an international trade war ... with then-President Donald Trump demanding his release -- or else.

The Justice Minister said Trump's threats were classic bullying, adding, "If you can try and do something like this against Sweden, what will you then try and do to slightly weaker countries that don't have the European Union behind them?"

The J.M. said Trump's actions clearly showed how essential it is to stand up for democracy.

As we reported ... A$AP was arrested 3 years ago in Stockholm after he and 2 bodyguards beat up a fan outside a fast-food restaurant ... and it was caught on video. They hit and kicked the guy ... then hit him with a broken bottle.

A$AP and co. said the guy had been harassing them and hurling racial epithets at them well. A$AP was held for more than a month.

Trump was briefed by Kanye and tweeted his support for A$AP, saying "Very disappointed in Prime Minister Stefan Lofven for being unable to act. Sweden has let our African American Community down in the United States," adding, "I watched the tapes of A$AP Rocky, and he was being followed and harassed by troublemakers. Treat Americans fairly. #FreeRocky."

Rocky was convicted of assault, given a suspended sentence and released. 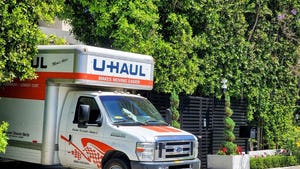