Meek Mill is going $10M deep to prove he continues to be a big player in the music biz, and he's targeting the music execs who say his career is going downhill.

The Dreamchasers rapper stepped on his Twitter soapbox and asked doubting music execs to put their money where their mouths are ... if they really believe his career is over, put down a cool $10M and see what's up.

And, to hammer home his point, Meek said he was willing to put the bet in a binding contract so no one could squirm their way out. 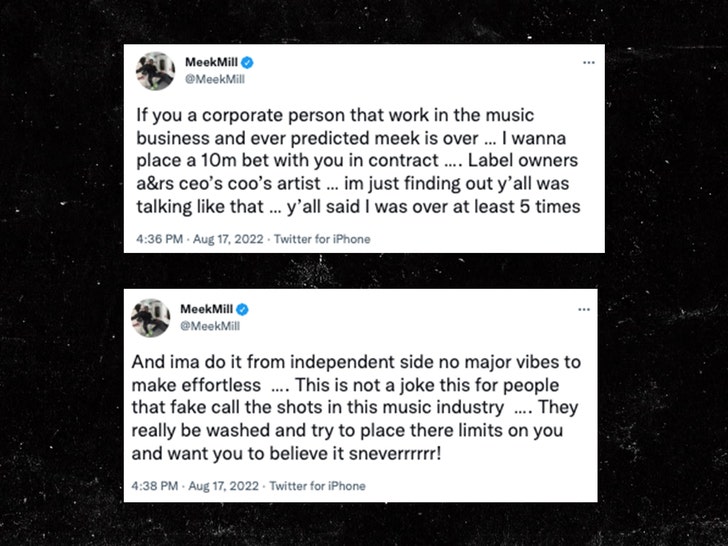 It seems some of his anger is directed at big labels ... because he said in the tweet he's going to do it independently ... as are lots of musicians these days.

Meek's last album, 2021's "Expensive Pain," was widely considered a commercial and critical disappointment ... only debuting at No. 3 whereas the last LP, 2018's "Championships" debuted at No. 1.

Meek recently parted ways with Jay-Z's Roc Nation brand -- only to bounce back by signing with WME.

Warning ... not a good idea to bet against Meek.