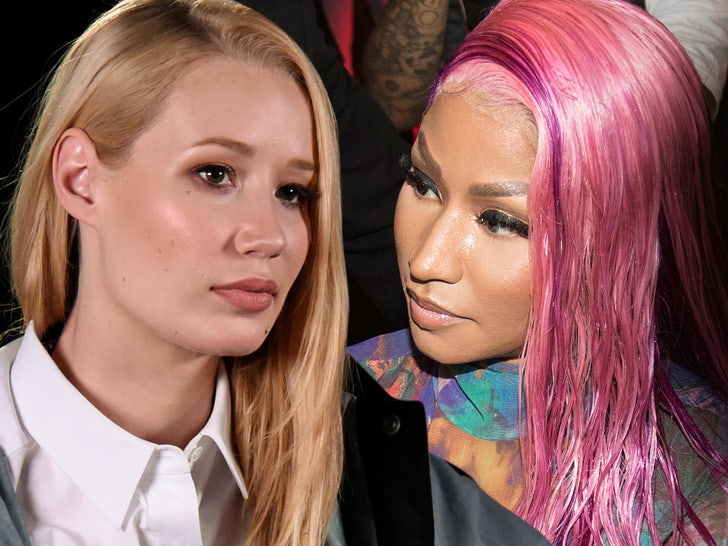 Iggy Azalea and Nicki Minaj may not have any songs together ... but that doesn't mean there's any beef to be found either!!!

While perusing through her Twitter feed Sunday, Iggy was annoyed after stumbling upon a New York Post article that chronicled a beef history with Nicki Minaj ... prompting her to rip the claims to shreds, writing, "Why am I in this? We've never said anything bad about one another. Y'all weird."

Why am I in this?
We’ve never said anything bad about one another. Y’all weird.

The article detailed Nicki's well-known clashes between stars such as Mariah Carey and Cardi B ... but Iggy wasn't buying it and called the publication weird, noting there were never any unpleasantries exchanged between the two famous artists.

During Nicki's 2014 BET Awards acceptance speech, it was initially perceived Iggy's rap skills were being targeted for allegedly using a ghostwriter.

Nicki told the audience she was her own music's primary pen ... which sparked beef rumors as Iggy was running the charts with her monster single "Fancy" at the time.

Nicki would go on to shoot down the rumors she was talking about Iggy ... a point the Australian rapper doubled down on Twitter ... shooting the article full of holes in the process. 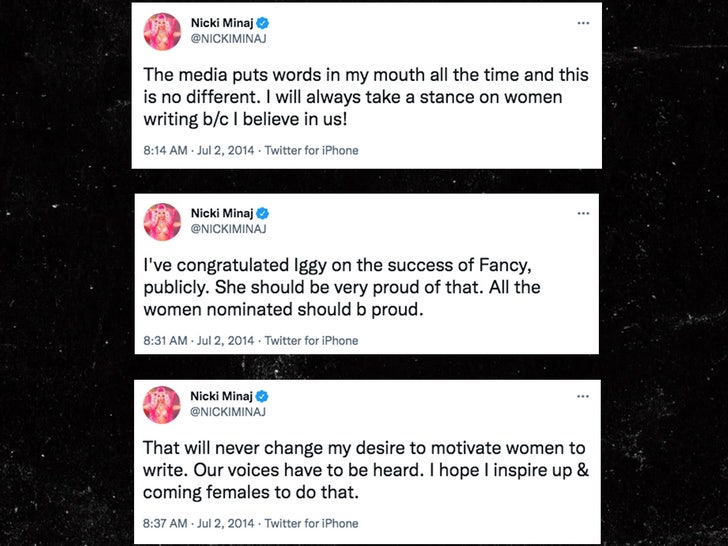 When fans dug up on an old "Power 106" interview where Iggy picked Cardi B's music over Nicki, Iggy again swatted down the clickbait ... keeping her opinions musical and not personal.

That part.
I can like whatever music i want lmaoooooooooo. A song is a song,
I’m not part of y’all weirdo lol wars

Iggy recently came outta retirement after announcing she was walking away from the music biz last year ... but this appears to be a dead-end issue. 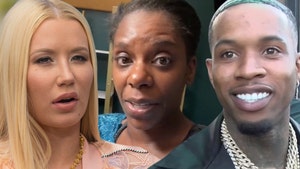 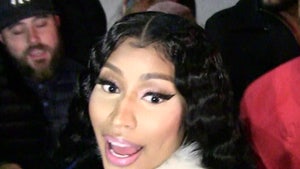