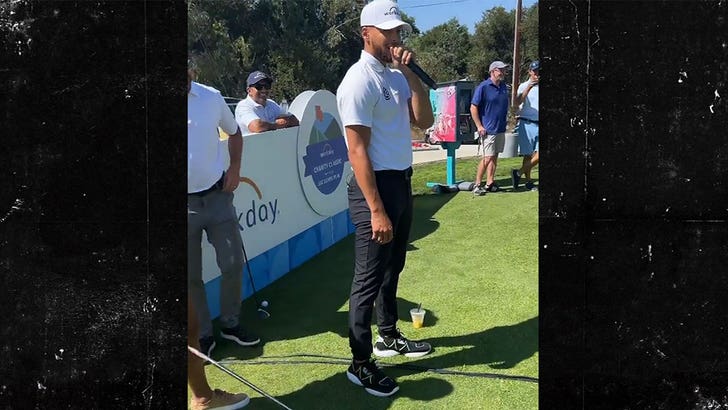 Steph Curry is known for having a wicked shot on the court, but the Warriors star can apparently rap too -- 'cause he freestyled during a charity golf tourney this week ... and name-dropped Rory McIlroy in the rhymes!!

Curry was celebrating the 3rd annual Workday Charity Golf Classic with his wife, Ayesha, in Northern California -- when he got hold of a mic on one of the tee boxes and showed the crowd that he can get busy on a beat.

Steph dropped a 40-plus-second freestyle while musician Kelley James was teeing off ... and judging from the looks and sounds of it, Curry appeared to be a natural.

"I don't know why I have the mic," Curry rapped. "All I want to do is see Kelley's ball take flight."

"Is he really good at golf? Nobody knows," Curry continued flowing. "I don't know how this is gonna go?"

The best part of Steph's freestyle was the bars ... the Golden State point guard made sure to rap about what James was doing on the hole -- and he managed to stay on the beat!!

He also gave Kelley high praise ... saying in the rap that Rory, who just won the 2022 FedEx Cup, would approve of James' stroke.

Benefits from the golf tourney went to Steph and Ayesha's Eat.Learn.Play. Foundation -- and after the event, Curry reflected on how much fun he had there.

"Thanks to everyone who made this possible!! Until next year 👏🏽💯" 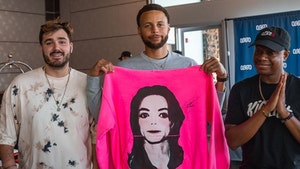 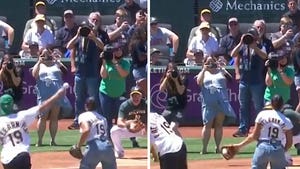