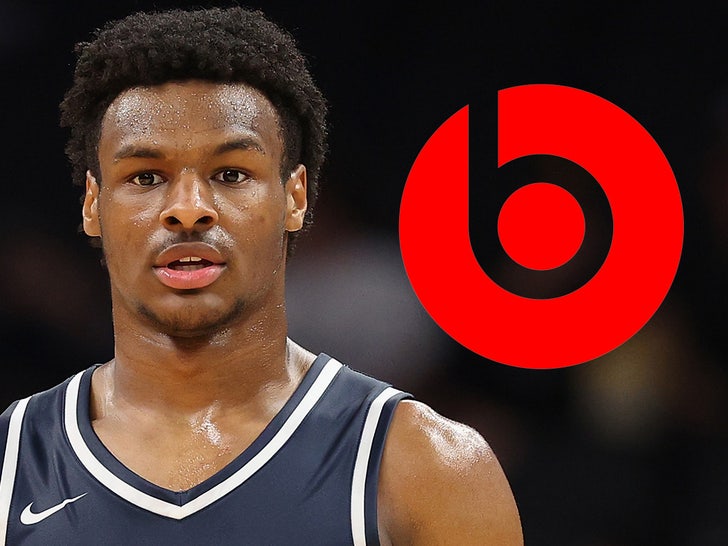 Bronny James is following in his father's footsteps ... signing a NIL deal with Beats by Dre -- 14 years after LeBron James became the company's first athlete ambassador.

Bronny, 18, is making history with the deal ... becoming the first high school athlete ever to be signed by the company, which was founded in 2006 by Dr. Dre and Jimmy Iovine.

Beats by Dre even dropped a commercial featuring the newest member of its family ... showing 37-year-old James listening to classical music and going one-on-one with Bronny on the court.

In the video, LBJ and Bronny exchange buckets back and forth ... including a series of dunks and jump shots, all while donning Beats by Dre headphones during the game.

"The Chosen One vs. The Chosen Son," Beats by Dre fittingly wrote as a caption for the commercial. At the end of the video, "The Legacy Continues" appears on the screen.

Last week, the Sierra Canyon High School guard inked a NIL deal with Nike, who signed LeBron to a lifetime contract in 2015.

Hit that ❤️ to show them some love and welcome them to the Nike Basketball fam. pic.twitter.com/xIPZN2raOS

LBJ and Nike have been partners since 2003 ... when LeBron burst onto the NBA scene as an 18-year-rookie dominating the league, so signing Bronny was a foregone conclusion.

Bronny has already joined Bron with the Nike family, and now the Beats fam ... next up, same NBA team?! 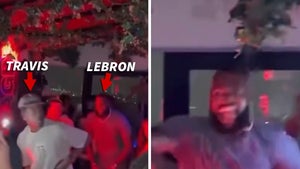