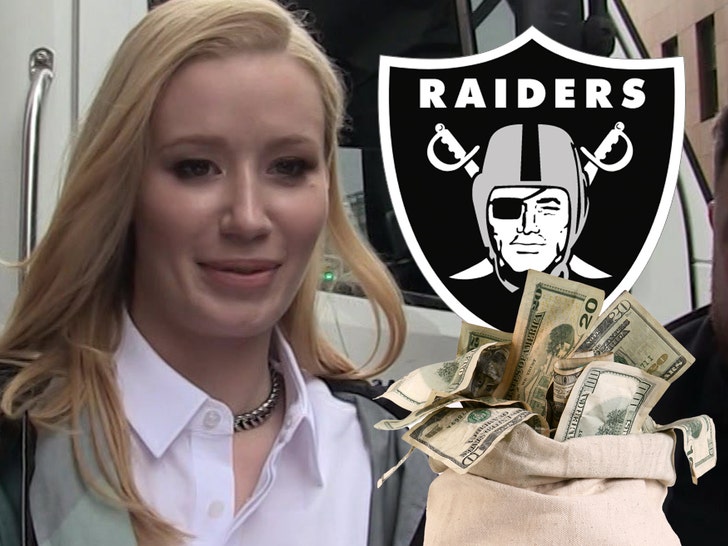 Iggy Azalea experienced her first in-person NFL action Sunday ... soaking up the Las Vegas Raiders and Houston Texans game, and it was everything the Aussie rapper hoped for ... and then some!

The home team Raiders won and Iggy was paid to be there ... performing her No. 1 hit song "Fancy" during halftime, while wearing the hell out of a custom cheerleader 'fit.

Iggy Azalea performing at the halftime show for the @NFL @Raiders vs @HoustonTexans game yesterday. pic.twitter.com/M5vvc5DOeU

During the 1st half, Raiders reporter Tashan Reed said he was dreading the performance and Allegiant Stadium's efforts to make proper BBQ.

His Iggy shade eventually came up on her radar, and she proceeded to make Tashan green with envy ... from all the green the Raiders paid her to perform!!!

Iggy didn't disclose her payout, but it was enough to prompt thousands of retweets ... and memes from Tashan that waved the white flag.

The NFL has been getting a healthy dose of hip hop and R&B this season -- Moneybagg Yo recently became the first rapper to introduce an NFL team, walking out his hometown Tennessee Titans at their home opener ... and Nelly performed during the Baltimore Ravens and Cincinnati Bengals Week 5 matchup.

And, of course, the biggest of them all ... Rihanna's confirmed to perform at Apple Music's Super Bowl LVII halftime show in February.

While cashing in on old tunes is always a good hustle, Iggy should delivering a new batch soon -- she recently gave Tory Lanez the greenlight to executive produce her next album!!! 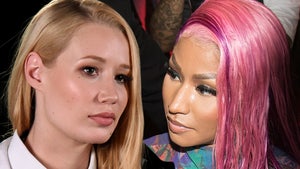