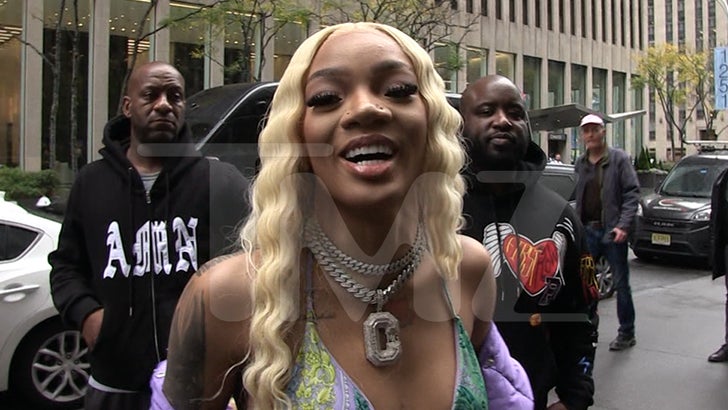 GloRilla just might be hip hop's 2022 rookie of the year -- in fact, she's achieved so much success, she's already on the radar of a legend like Nas!

We caught Glo out in NYC on the heels of her aptly titled debut EP "Anyways, Life's Great..." which she released in conjunction with her feisty new single, the early-ejaculation anthem, "Nut Quick."

The song already has more than one million views on YouTube and the Memphis rapper stands by her words ... even urging fellas to seek medical assistance if her song hits a little too close to home for them.

Glo also reacted to Nas' shoutout on his latest album with Hit-Boy "King's Disease III." On the song "Til My Last Breath," Nas raps on the chorus, "I'm applying pressure, I see why she prеssed / When she with me she GloRilla, 'FNF' / N-A-S, I'm stepping 'til my last breath."

21 Savage claims Nas isn't all that relevant, but Glo clearly feels otherwise because she couldn't believe the news, and told us ... "never in a million years" did she expect a big-time rapper such as Nas to speak her name.

Glo has been on an absolute tear even before signing to Yo Gotti's CMG imprint in the spring. Her breakout single "F.N.F. (Let's Go)" paved the way for her Cardi B collab "Tomorrow 2" to reach the Billboard Hot 100 Top 10 and "Nut Quick" seems to be following suit. 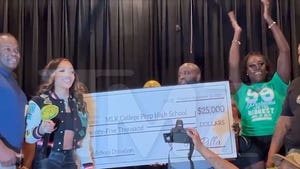