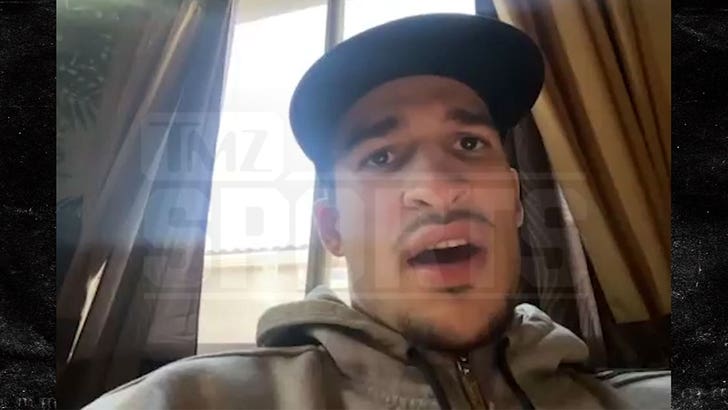 Biaggio Ali Walsh was nothing short of dominant in his PFL debut ... though, the rising MMA star isn't really surprised, because he believes he was born to fight!

"I truly believe that I was born to do this. I believe that me and my brother [Nico] both were destined to be in combat sports. Regardless of who our grandfather is or not, I feel like we were born to fight. I do want to do this. I'm all in," the 24-year-old told Babcock when he joined the "TMZ Sports" TV show (airs nightly on FS1).

Biaggio Ali Walsh, Muhammad Ali’s grandson is an MMA fighter and won by KO in PFLpic.twitter.com/kC2fdL7XxY

If you missed it -- possible if you blinked -- Biaggo pummeled fellow amateur fighter, Tom Graesser, during the Professional Fighters League Season Championship event on Friday ... taking just 45 seconds to KO his opponent.

Graesser was Ali Walsh's first fight with the promotion (and his 3rd overall). Biaggio knows he's fairly new to the sport, but wholeheartedly believes he's going to be champion. 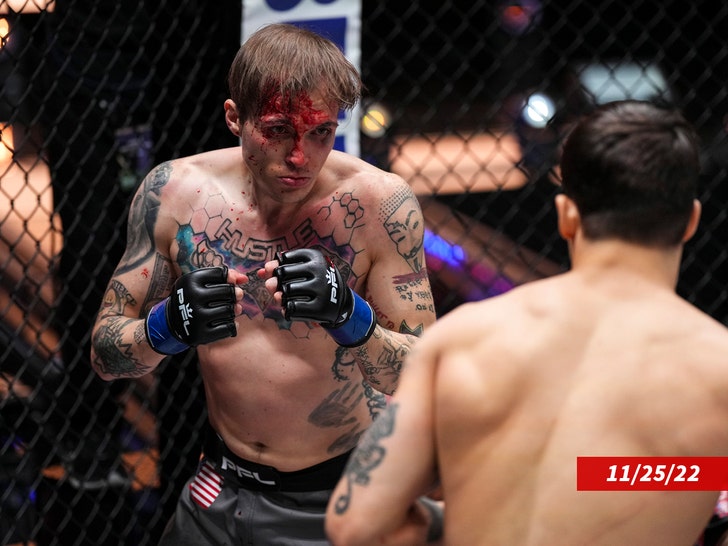 "I do see myself having the belt and holding a million-dollar check sometime in my career. I don't know how I'll get there or when it'll happen. I just know that at some point in my life, I'm going to have that belt around my waist, and I'm going to hold that check."

"He would have told me he was proud of me. He acknowledges the fact that me and my brother have to deal with the pressure of who he was and what he stood for. He would just say he's proud of me and that would mean the world and I know he's watching and I know he is proud of me, so I'm happy for that." 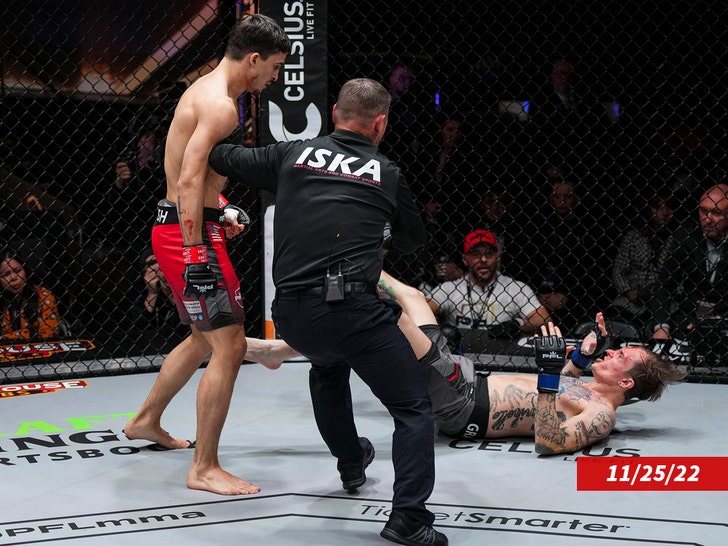 As for when he'll fight again, Biaggio says he's already back in the gym in Las Vegas, training for his next fight.

"Some fighters will take some time off. They take a week, a couple weeks off. I'm completely injury-free right now, thank God. I went right back to the gym this morning. I'm going to go back to the gym this afternoon. I'm just going to keep the train rolling. I'm ready to hop back into a camp whenever I need to. First, I have to obviously find out when I'm fighting, but I'd like to fight sometime early next year." 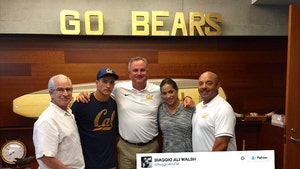 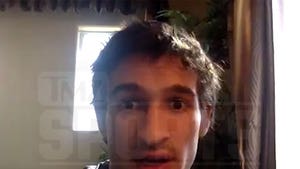