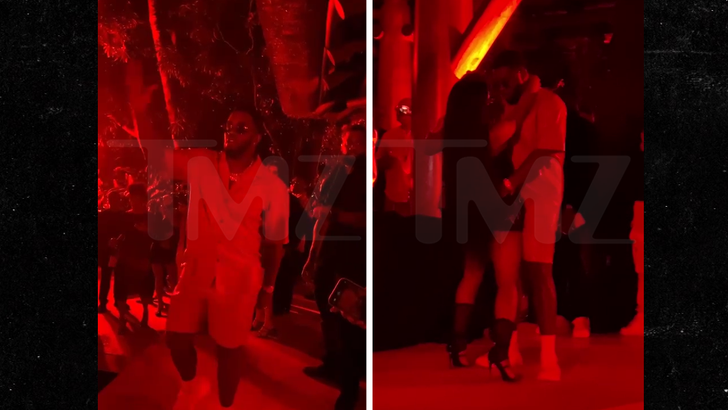 Diddy and Yung Miami are all over each other at Art Basel ... effectively letting the world know their polyamorous relationship is still on and popping!!!

TMZ Hip Hop obtained video from inside Diddy's Club Love pop-up party at his Miami estate ... where the pair engaged in a few steamy dances, and their body language spoke volumes.

Miami didn't break a stride in her stilettos, even as Diddy grabbed a handful of cheeks!!!

Diddy and Miami have been openly dating for much of this year ... providing both entertainment and drama for fans.

They were first linked in the summer of 2021, and finally went public in June 2022. Yung Miami has clarified they're both single ... even though they're dating each other.

The Bad Boy Records mogul copped Miami a brand new Mercedes Maybach to firm up their union -- and he even played mediator between one of his other GFs and Miami.

They're linked in the workplace too -- Miami hosts "Caresha Please" on Diddy's Revolt TV ... where she recently put her "man" in the hot seat, and pressured him into marriage down the line.

Only time will tell what the future holds, but for now these kids seem content looking in love in the club!!!