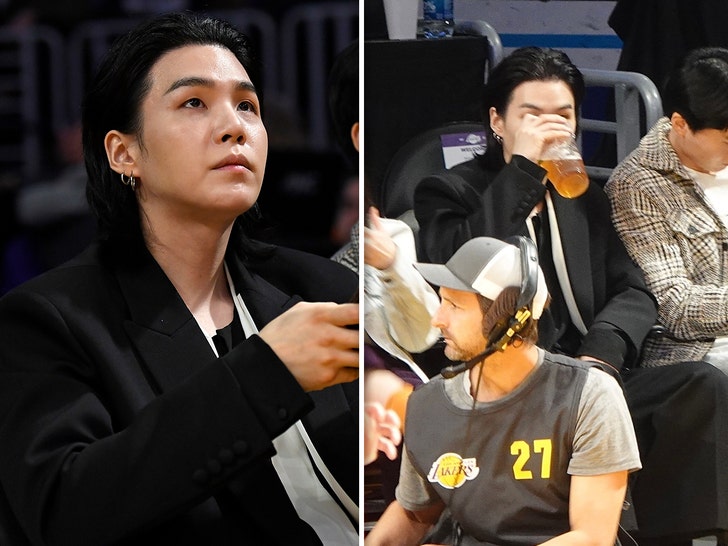 BTS rapper Suga might be a "boy with luv" for a new team -- the K-pop superstar was spotted hanging courtside at the Laker game on Thursday ... bringing his Warriors allegiances into question.

Suga hit up Crypto.com Arena as Los Angeles hosted the Dallas Mavericks ... and he appeared to be in great spirits, enjoying a cold beer as he checked out the action.

The guy's presence was clearly known to the players ... with Luka Doncic even dapping him up before the game. 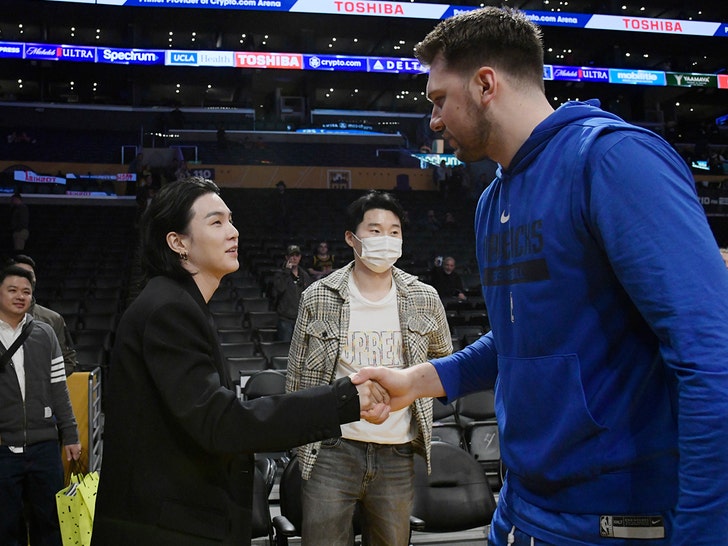 Of course, Suga appeared to be deep in Dub Nation prior to the season ... getting his own custom Golden State jersey and hanging out with the team when they were in Japan for a preseason game against the Washington Wizards.

He was also getting close with Steph Curry ... who gifted him a pair of signed shoes after the matchup.

“Jump up to the top, LeBron.” pic.twitter.com/FvNXgIq2EF

But, Suga might be swayed to the Purple & Gold now ... as the Lakers also got him a custom jersey prior to attending Thursday's game. 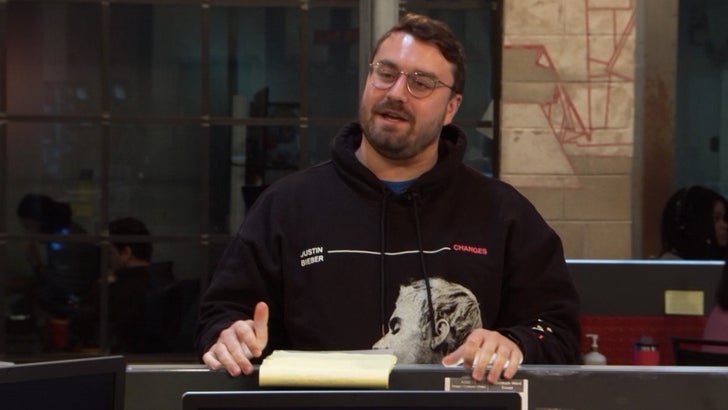