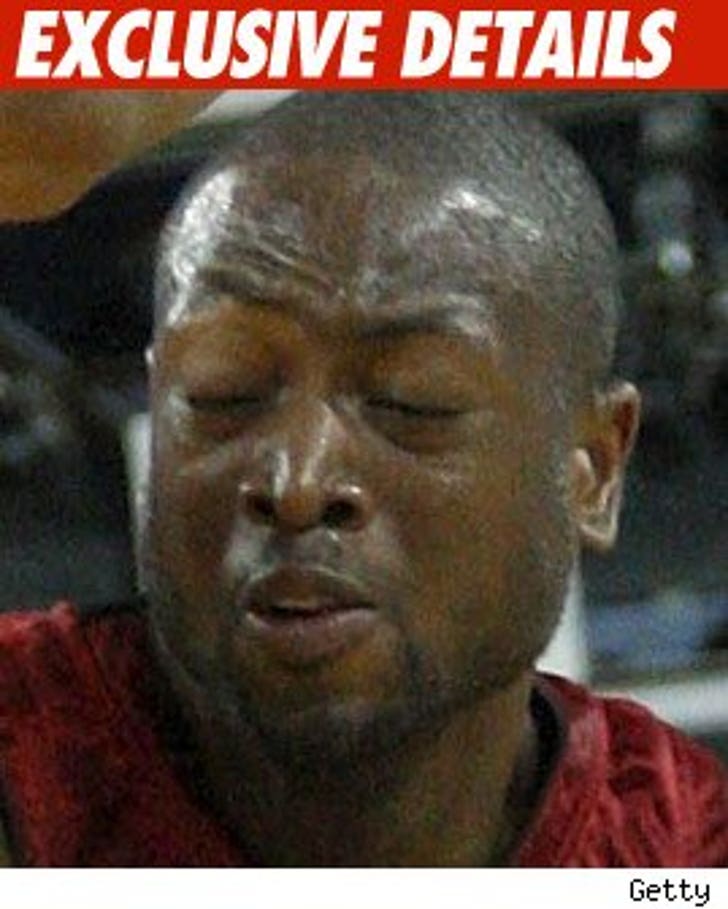 Miami Heat guard Dwyane Wade claims his estranged wife intentionally blocked their oldest son from sharing in one of the most precious moments a child can have -- out of spite.

In legal docs filed in Wade's uber-nasty custody fight, Wade's lawyer claims he wanted to take his 8-year-old son to All-Star weekend in Dallas. But Dwyane's lawyer claims Siohvaughn jock-blocked him by throwing a birthday party for the boy in Wisconsin -- 10 days after the boy's real birthday.

According to Wade's lawyer, James Pritikin, Dwyane actually filed an emergency motion before the game, asking the judge to order his wife to let the boy go to Dallas. But the judge felt the All-Star game was not an emergency.

Sad part of the story -- Dwyane scored 28 points, got the MVP award and led his team to victory. And the boy got a sucky cake in Wisconsin.