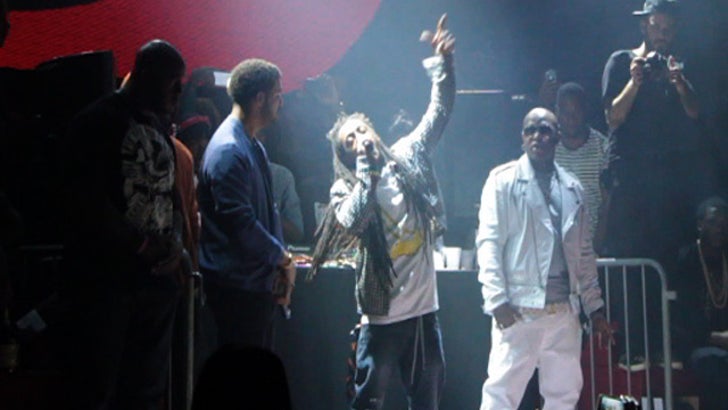 Lil Wayne went OFF on the Miami Heat last night at All-Star Weekend -- claiming he's been banned from all NBA events because of his beef with the team ... and the coup de grace ... Wayne said he banged Chris Bosh's wife.

Wayne took the stage for an All-Star weekend event in Houston last night, when he told the crowd, "The NBA banned me from all NBA events ... because the Miami Heat told them to ban me."

You'll recall ... Wayne's been pissed at Miami ever since he says he got the boot during a Heat game last week. Wayne said he got kicked out for rooting for the Lakers ... but there were reports Wayne got into trouble for making a gun gesture at another fan.

We called Bosh's rep and the Miami Heat for comment -- so far, no word back from either camp. 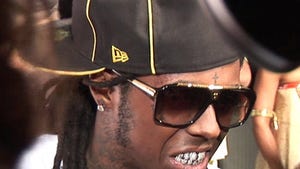