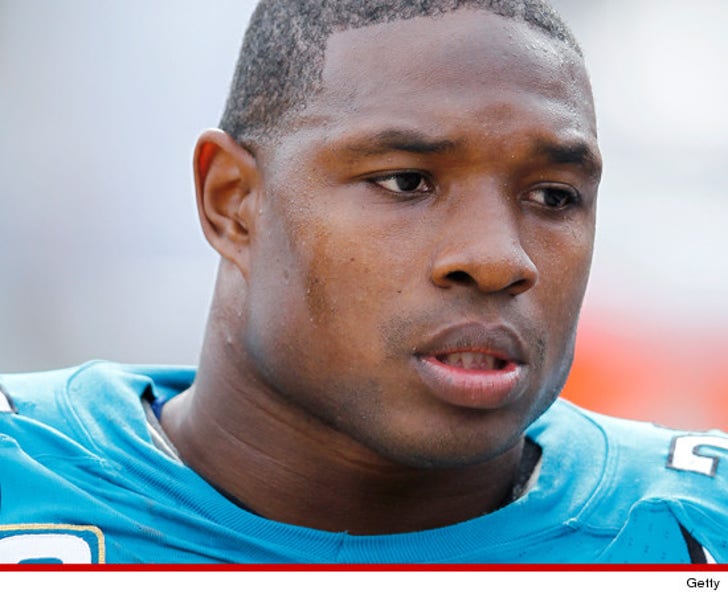 Jacksonville Jaguars running back Maurice Jones-Drew has been charged with battery after allegedly KO'ing a security guard at the Conch House in St. Augustine, FL ... TMZ has learned.

According to the police report obtained by TMZ, MJD is accused of striking the security guard with a closed fist on the guard's left cheek, knocking him out.

According to cops, the punch was intentional.

The incident went down during "Reggae Sundays" at the Conch House restaurant on May 26.

According to the police report, witnesses say ... MJD's buddy was told by security to stop touching a young female. The buddy allegedly "slapped" a security guard on his chest ... and a melee ensued.

One of the security guards reportedly put MJD's friend in a headlock to stop the fight ... and that's when MJD stepped in and clocked the guard.

After the incident, the security guard spoke with police -- and cops noted that the guy's jaw was "swollen a great deal and had a large lump on his jaw bone."

The security guard was hospitalized after the incident -- and doctors found contusions and a bone bruise, but no broken bones.

We reached out to MJD's people for comment -- so far, no word back.

1:25 PM PT -- The St. Augustine P.D. says they screwed up ... and misinformed the media that MJD had been charged with a crime when, in fact, he has not been charged ... yet.

Cops say MJD is a person of interest -- and officials are still investigating.