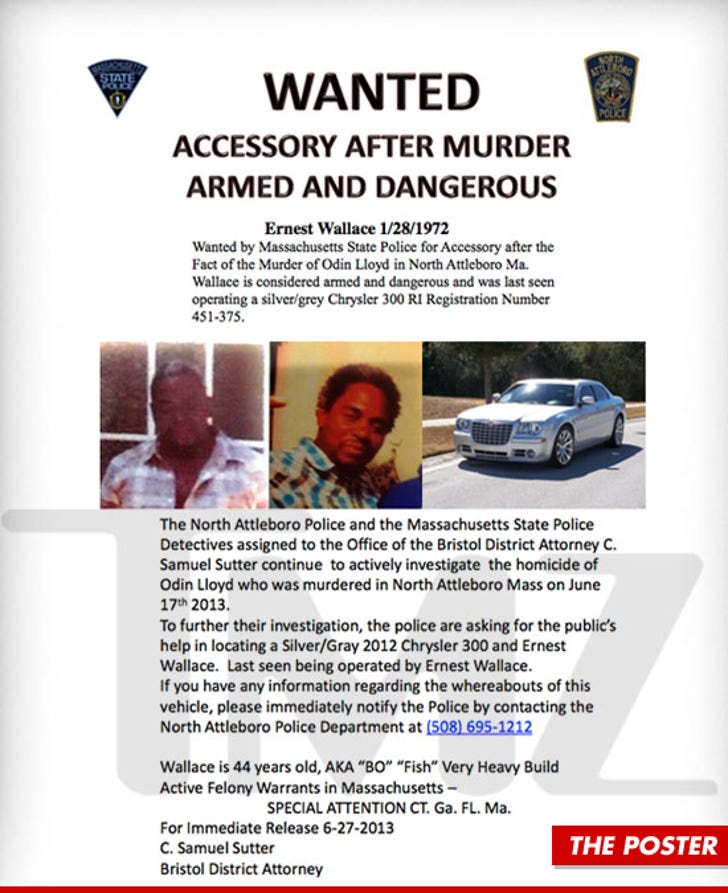 An associate of Aaron Hernandez is now officially wanted in connection with the murder of Odin Lloyd ... and police just blasted his face and name out to the world on a wanted poster.

Police believe 41-year-old Ernest Wallace was one of two other men in the car with Hernandez on June 17th ... when Lloyd was shot and killed. Wallace is wanted as an accessory after the fact in Lloyd's murder.

Police say he is armed and dangerous.

The other person in the car, Carlos Ortiz, was arrested Wednesday in Hernandez's hometown of Bristol, Connecticut.

According to the poster ... Wallace also goes by "BO" and "Fish." Police say he was last seen driving a silver/gray 2012 Chrysler 300 -- and is now most likely in Florida, Georgia, Connecticut or Massachusetts. 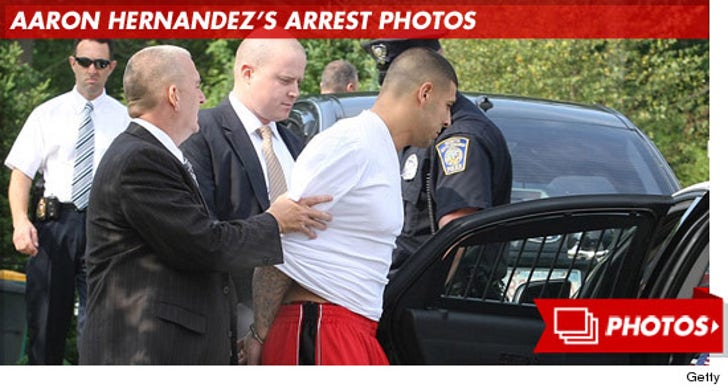 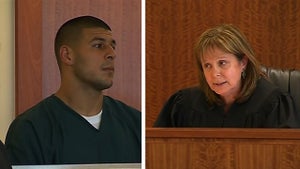 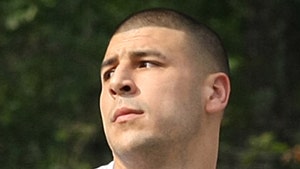 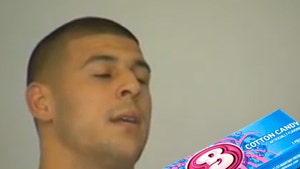