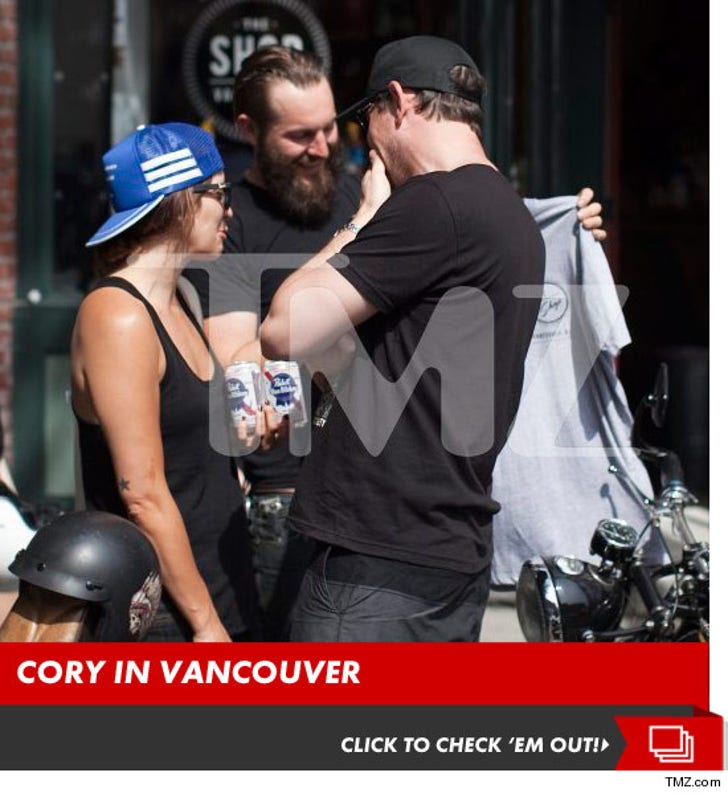 These are some of the last photos ever taken of Cory Monteith -- snapped just days before he was found dead in a hotel room -- while the "Glee" Star was hanging with friends and drinking alcohol.

Sources tell TMZ ... the pics were taken on July 6th, the same day Cory checked-in to the Fairmont Pacific Rim hotel in Vancouver ... where he was found dead one week later.

In the pics, Cory and a few buds are seen hanging out at The Shop -- a local coffee house and clothing store for people who love motorcycles.

We spoke to the owner, who tells us, Cory came in ... was extremely friendly and really interested in choppers ... even sitting on the owner's bike.

We're told he and his friends chilled for awhile -- laughing and drinking beers. One source on-site said Cory knocked back 3 cold ones over the course of a few hours -- despite his recent stint in rehab -- but didn't seem out of control or wasted. He was perfectly nice.

Cory's not physically seen drinking in the pics ... but the Lea Michele doppelganger he's standing next to -- who we're told is just a friend -- is seen clutching two beer cans. Possibly because cameras were around ... and Cory has been open about his substance abuse issues.

As TMZ previously reported ... Fairmont hotel staff found Cory dead in his hotel room Saturday, after spending Friday night out with friends. He was 31.