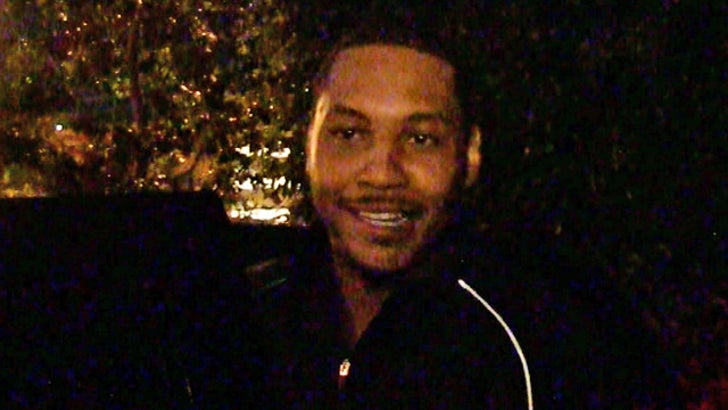 We're sorry to inform you ... it doesn't seem very likely Carmelo Anthony will be dishing to Kobe Bryant any time soon, despite reports to the contrary.

Anthony was leaving Cecconi's in West Hollywood this week when we asked straight up if he could see himself in purple and gold after his contract with the Knicks runs out.

Carmelo teased us a little bit ... saying he owns purple and gold shoes -- but made it pretty clear he has no plans to wear them on the hardwood.

Anthony also told TMZ ... he's NOT secretly plotting with LeBron James to join the same NBA squad ... though he admits, they're pretty damn good when they play together.

Still, don't count out the Lakers entirely ... 'cause when the time comes, you can bet L.A. will bust out the checkbook -- and nothing changes a mind like a couple of zeros. 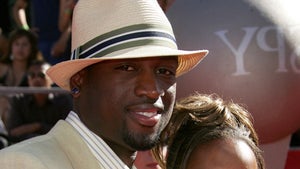 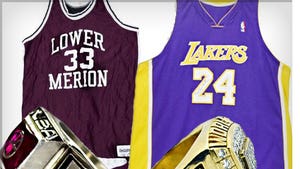 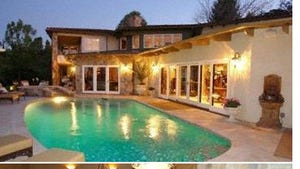