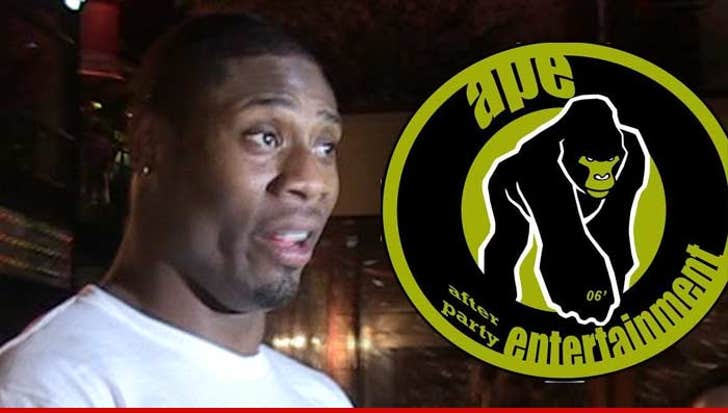 Baltimore Ravens wide receiver Jacoby Jones is being sued for allegedly SABATOGING a Super Bowl afterparty in New Orleans last year by running late ... problem is, he was all tied up because he was PLAYING IN THE SUPER BOWL!!!

Jones is being sued by After Party Entertainment, which claims JJ agreed to attend a party at the House of Blues in New Orleans on the night of the SB from 11pm to 1am.

In the suit, APE says it paid Jones handsomely -- PLUS sprung for flights, hotel rooms and gifts for Jones and 20 of his closest friends.

But APE says Jones had the nerve to arrive to the party an hour and 15 minutes LATE that night ... and arrived with 40 people in tow, instead of 20. He also demanded that his entire party get in for free.

Plus, APE also says Jones only hung out with his friends that night instead of mingling ... and never promoted the party on Instagram or Twitter, as he promised.

Here's the problem ... Jones was playing in the frickin' Super Bowl earlier that evening -- a Super Bowl that was DELAYED 34 minutes because of a freak power outage. The game didn't end 'til 10:45 pm.

Plus, Jones was also probably tied up by the media ... who were hammering the guy about his record-setting 108-yard touchdown run which played a crucial role in the Ravens victory.

Still, APE is demanding $192k in damages -- plus attorney's fees.

Jacoby's rep tells TMZ Sports, "We strongly believe this will be resolved to the benefit of Jacoby. We are very VERY confident in our position."