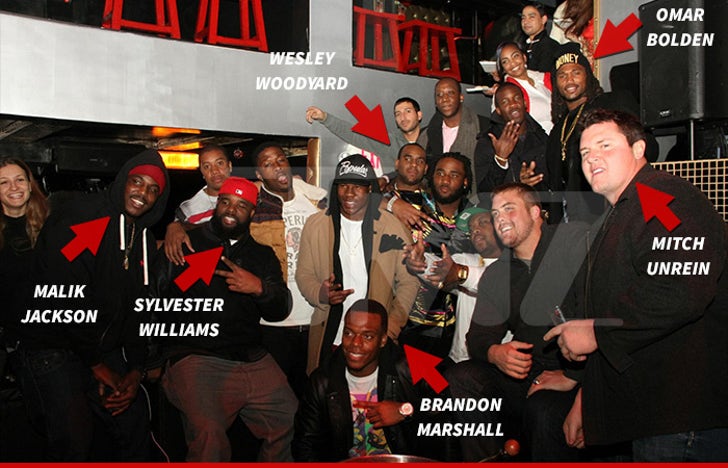 A bunch of Denver Broncos players decided to blow off some pre-Super Bowl steam Monday night with a huge sushi dinner in NYC -- with champagne and models ... but no Peyton Manning, TMZ Sports has learned.

We spoke to Tokya owner Roee Nahmani who tells us ... the guys were hesitant to scarf down the sushi at first, out of fear of a possible bubble gut situation ... but quickly got over it and proceeded to eat more than 100 ROLLS.

We're told the guys did booze a little bit -- drinking some Don Julio 1942 tequila, Moet Rose champagne, Ciroq vodka and Hennessey ... and toasted to the Super Bowl with every round.

Don't worry, Nahmani says things never got out of control and the guys couldn't have been nicer.

No word on Peyton Manning's whereabouts.