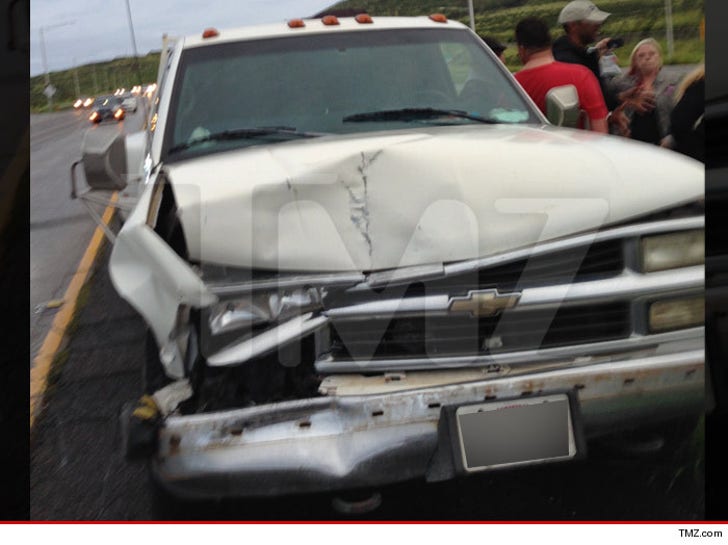 6:10 AM PT -- Police say the driver of the white truck was arrested and booked for DUI.

Dog the Bounty Hunter and his wife just got wrecked in a nasty multi-car hit and run accident in Hawaii ... TMZ has learned.

According to witnesses ... Dog and Beth Chapman were in a black GMC Yukon on Highway 1 when they got smashed in the rear by a white Chevy truck -- and ended up in a ditch off the shoulder of the road.

We're told a third vehicle allegedly started the chain reaction accident -- but that driver fled the scene after the truck hit Dog and Beth's SUV. 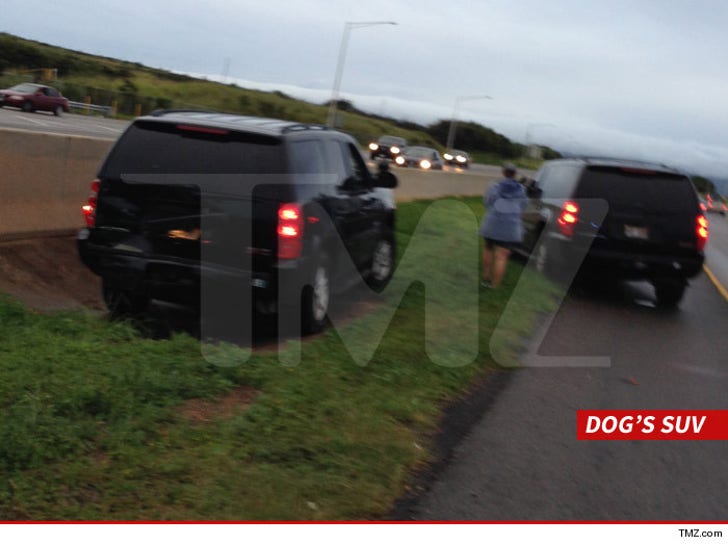 We're told ambulances are on the way ... as there may be some minor injuries. Dog and Beth seem to be fine at this point.

The other black SUV in the photo was also part of Dog's entourage ... carrying several of his family members ... but it was NOT involved in the wreck.

Dog is still on the scene ... and we're told police put the driver of the white truck in handcuffs. It's unclear at this point why he would be arrested. 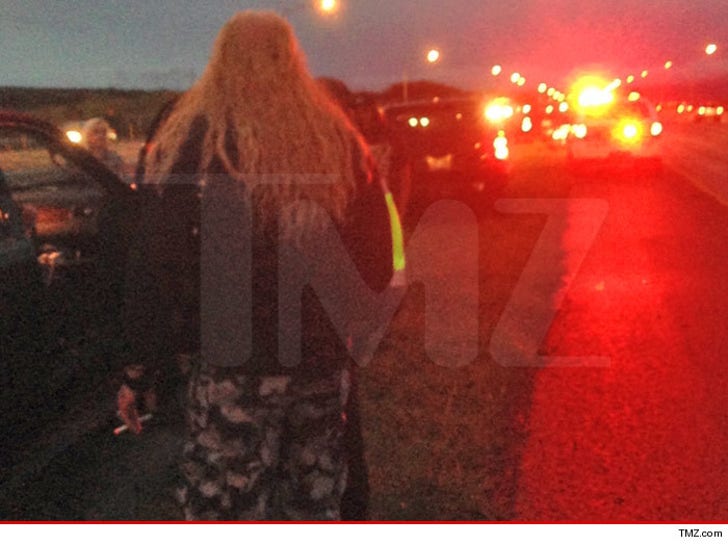 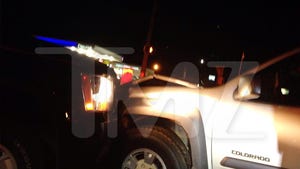 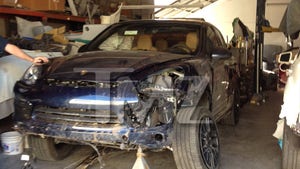 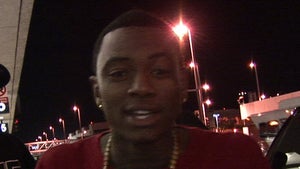