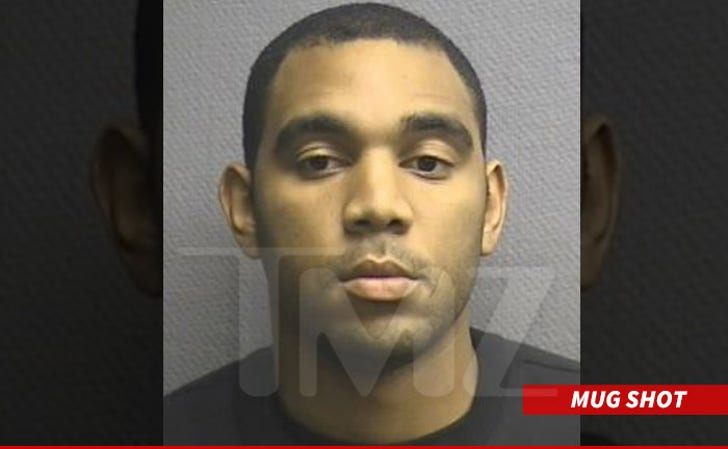 George Foreman's 23-year-old son -- George Edward Foreman the 5th -- was arrested in Texas this weekend after cops say he assaulted his wife.

According to court documents obtained by TMZ Sports, officials say George the 5th choked Ashley McVea-Figueroa during an altercation on February 2.

The documents say George attacked Ashley by "impeding the normal breathing and circulation of the blood ... by applying pressure to [her] throat and [her] neck."

We're told Ashley was the person who called 911 ... and during the call, George threatened to leave the house with their child.

G5 is one of Foreman's 12 children -- his five sons are all legally named "George" ... but they all go by various nicknames.