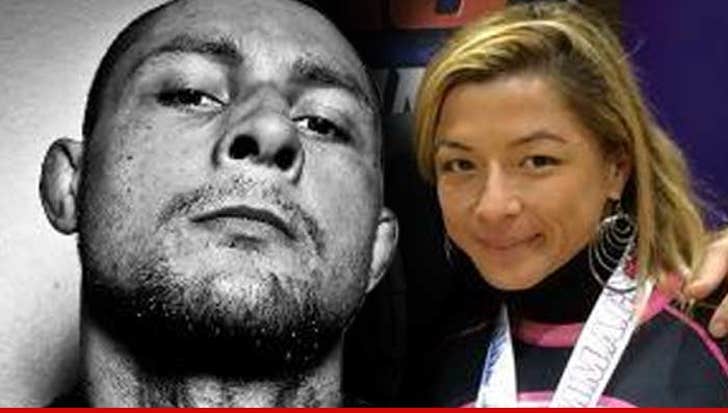 Thiago Silva's wife Thaysa told law enforcement ... the UFC fighter has a "drug problem" ... and has abused her for months, this according to documents obtained by TMZ Sports.

We've obtained documents Thaysa filed in Florida back in January seeking a restraining order against Silva -- in which she checked a box saying he has a "drug problem."

In the docs, she also detailed an alleged violent incident with Thiago and says she fears for her well-being.

"I am not safe in my own house," Thaysa wrote ... adding, "I can not live more saying 'yes' and 'forgive' everything."

In the documents, filed on January 6, Thaysa did not go into detail about Thago's alleged drug problem -- but she did say Thiago got violent with her while she was in a friend's home on Jan. 5th. In broken English, Thaysa seems to explain that Thiago went on a rampage and cut up her work uniform.

She also claims, "Months ago he grabbed me and pulled me."

The restraining order was granted. But last night, Thiago confronted Thaysa in front of a martial arts studio and allegedly threatened to shoot her and her supposed lover.

Silva was arrested for attempted murder -- but those charges were later reduced to aggravated assault.