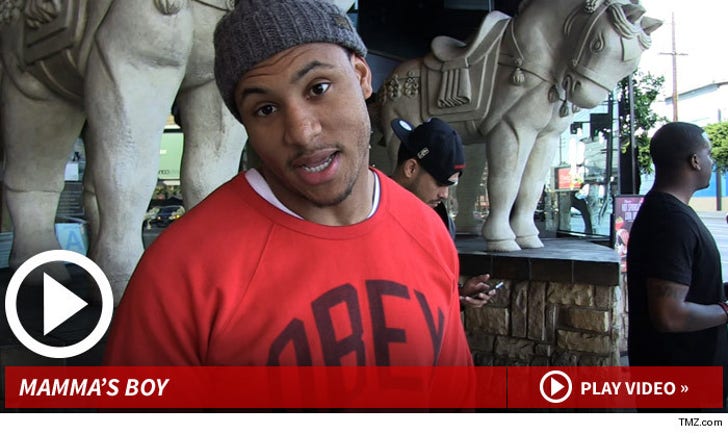 Seattle Seahawks stud Malcolm Smith tells TMZ Sports he won't be taking home the brand new Chevy truck he won for being MVP of Super Bowl XLVIII ... nah, he's giving it to his MOM instead!!

How cool is that?

And it gets better -- mom wants to PIMP OUT her her ride!!!

Smith was leaving P.F. Chang's in L.A. on Sunday along with his MVP celebrity stylist Vick Michel when he told us all about his plans for the $50k vehicle ... "[Mom] says she wants to put black rims on it."

As for Malcolm, don't feel too bad about his driving situation -- he already has a Chevy Tahoe in his garage.