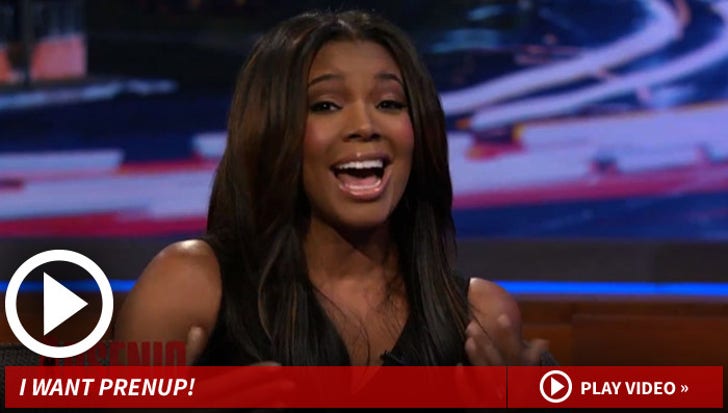 Gabrielle Union is lying through her big, beautiful teeth ... at least when it comes to her pre-nup -- because she says she's demanding one with Dwyane Wade ... and it makes NO sense.

Union went on "Arsenio Hall" last night and said she's demanding a prenuptial agreement before they tie the knot "at my insistence."

She explained, "I gotta protect my stuff" ... adding, "When you have your own stuff you don't need to worry about anyone else's stuff."

Only problem is ... it's not HER stuff that needs protecting, since Dwyane has gotta be worth at least 10 TIMES what she's worth. In fact, he's currently toward the end of a 6-year, $107 million contract with the Miami Heat.

AND he's expected to sign ANOTHER HUGE CONTRACT sometime in the next year ... some say it could be worth as much as $100 mil.

So, if they continue that financial pattern and he makes 10-times what she makes ... she's saying she would rather walk away with a tenth of what she COULD get.

It doesn't make her an anti-gold-digger ... it makes her stupid.